Watch Dogs 2 is finally here and has been out for around a week now. I was able to buy this game and try it out a bit and for the most part, I really like what I see so far.

I still need time to give a proper review, especially playing the multiplayer aspect of the game. Ubisoft has not released the online portion of it yet because they are apparently working out some issues with it at the moment.

I’ll have to admit though it is a little concerning that a game is released and a certain portion of the game is having such problems that it is disabled until they can get it working properly.

Nevertheless, I got to play the single player portion of it and I like it so far. As you probably know already if you’ve been keeping up with previews of the game, it takes place in San Francisco with a brand new character and better hacking elements than what appeared in the first one.

After I installed the game, I booted it up and immediately got thrown into this new wonderful world. If you remember CTOS, they were a computer/technology organization that wanted to fully automate and control the city of Chicago from the first game.

Even though the character Adrian Pierce from the first game appeared to shut them down, you learn from the opening moments of Watch Dogs 2 that the founders of CTOS were more determined then ever to get CTOS up and running across the entire US with a big focal point being in San Francisco.

The new character’s name is Marcus Holloway and you’ll be controlling him throughout the game. When I started a new game, the very first thing that you have to do is infiltrate a CTOS compound, hack into their system, and get out in order to fully join an anonymous group that you’re trying to get into. 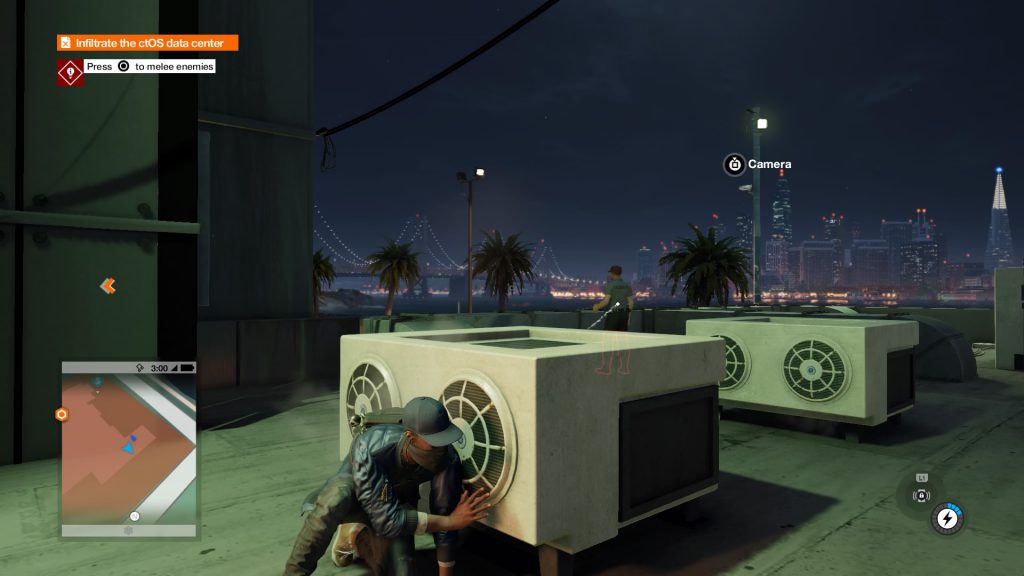 It is here that you start to learn some of the game’s basics, such as how to sneak and knockout or kill guards and other people, hack into cameras to see other critical areas of a place you need to get into, hacking into other things such as electrical boxes to use them as weapons and more.

Once you are successful in completing what I call the mission tutorial, you are introduced to this new group with whom you’ll be working with throughout the game.

You might be wondering about the city of San Francisco and how big and accurate it is. I must say the open world in this game is pretty good and better than Chicago was in the first game. The world feels more alive and colorful and it is fun to explore.

What I like is that you’ve got surrounding areas besides just San Francisco such as Oakland, Marin Bay, and Silicon Valley. There are also freeways in the game to traverse to these different areas so it makes it easy to get around.

The skyline of San Francisco looks amazing and it actually looks like it really does today with some of its newest and tallest skyscrapers dominating its large skyline. The Oakland Bay Bridge and the Golden Gate Bridge are both in the game in all their glory and easily represent their real life counterparts.

I like that the Oakland Bay Bridge matches the real one in that it is a double decked bridge rather than just a single one in The Crew’s version of San Francisco.

Something else that I have to say is that your actions will definitely have somewhat of an impact in the world around you. For instance I was walking around in downtown San Francisco and I just randomly ran up to a person and hit them in the back of the head and ran off.

When I got a little ways up the street, I slowed down and started walking and looking at the buildings around me when the person whom I hit had ran up to me and started hitting me back. A random person saw this and called the police and they arrived in a short manner of time.

I thought I was gonna get in trouble since I was the one who initiated this whole thing in the first place, but it didn’t happen that way. The cops went after the guy who retaliated against me. The random NPC started to run, but then stopped after the police barked orders to him and then he put his hands behind his head and one of the police came up and handcuffed him (didn’t really see the handcuffs though).

They then walked over to the police car and the NPC that hit me got into the back of the squad car. One of the 2 cops that had gotten out to arrest the guy, got into the driver’s seat and started driving away without his partner which made me laugh. He finally stopped though and let his partner catch up and get in and they drove off.

I have to say that was a pretty cool moment in the game to see especially the game’s cops going after other NPCs besides just you all the time.

Well there you have it, my first impressions of the game as well as some of Watch Dogs 2 screenshots to look at. Check back as always as I will have a full review hopefully soon depending on when Ubisoft releases the multiplayer portion of the game. Enjoy the screenshots and video below! 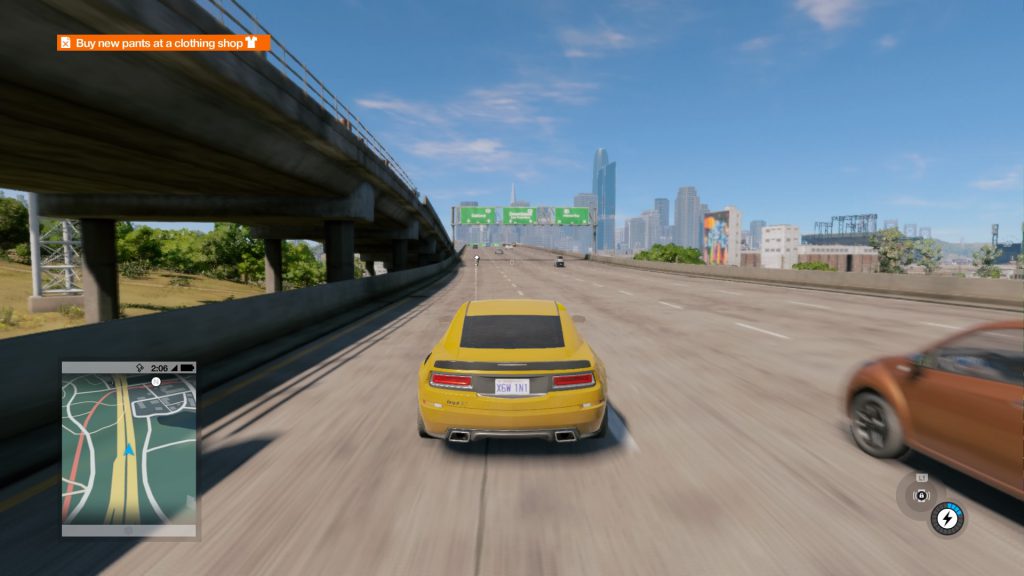 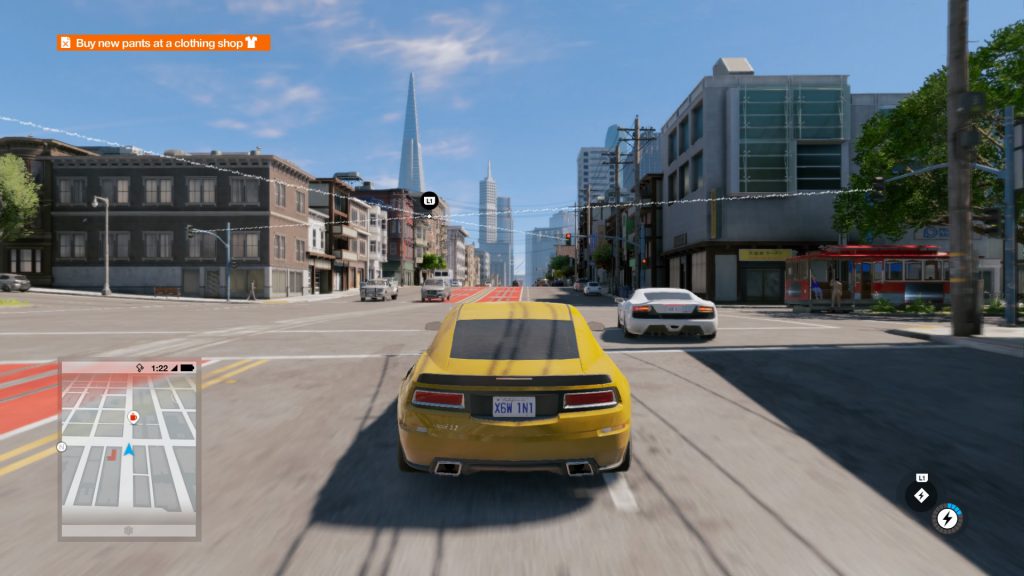 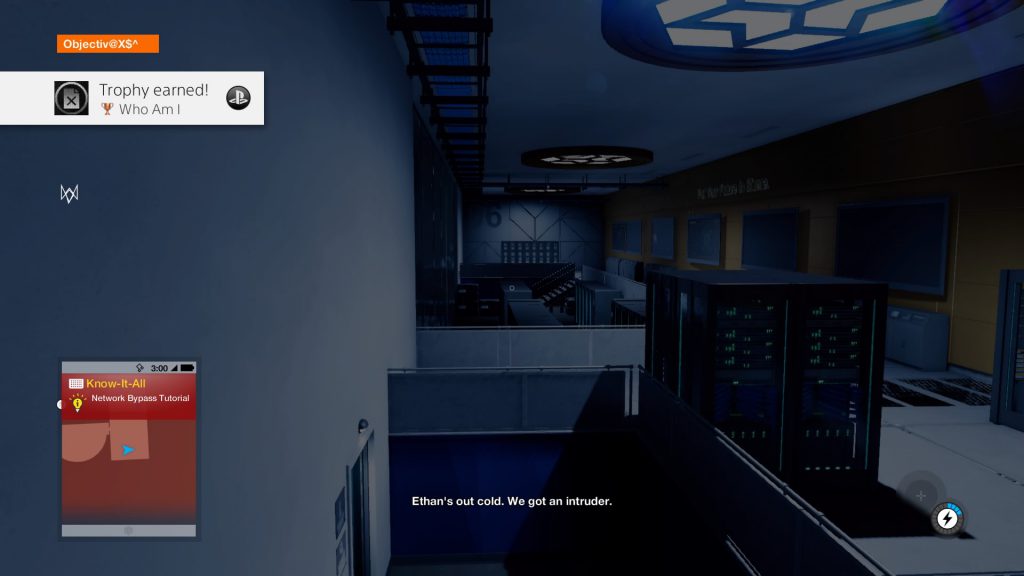 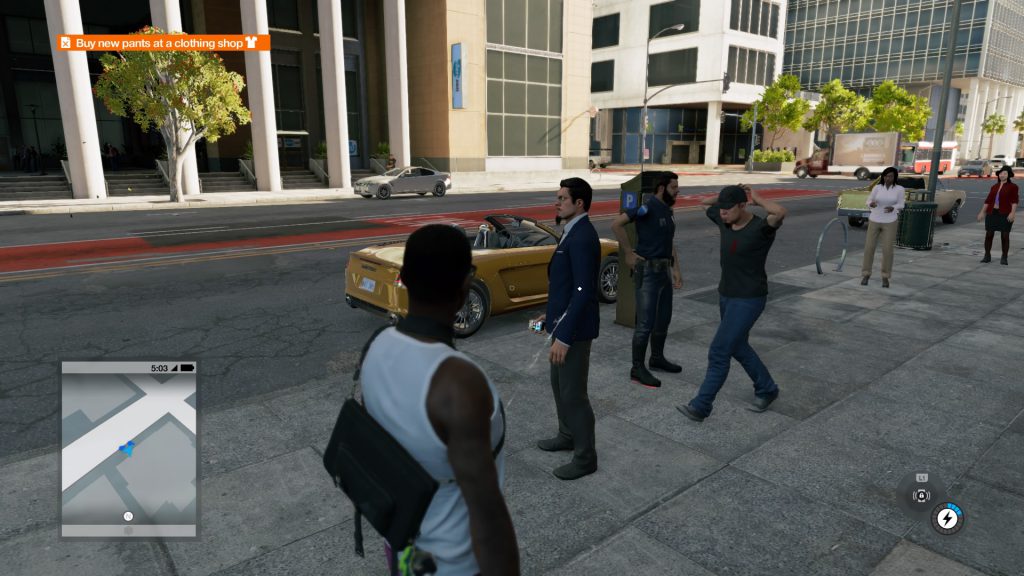 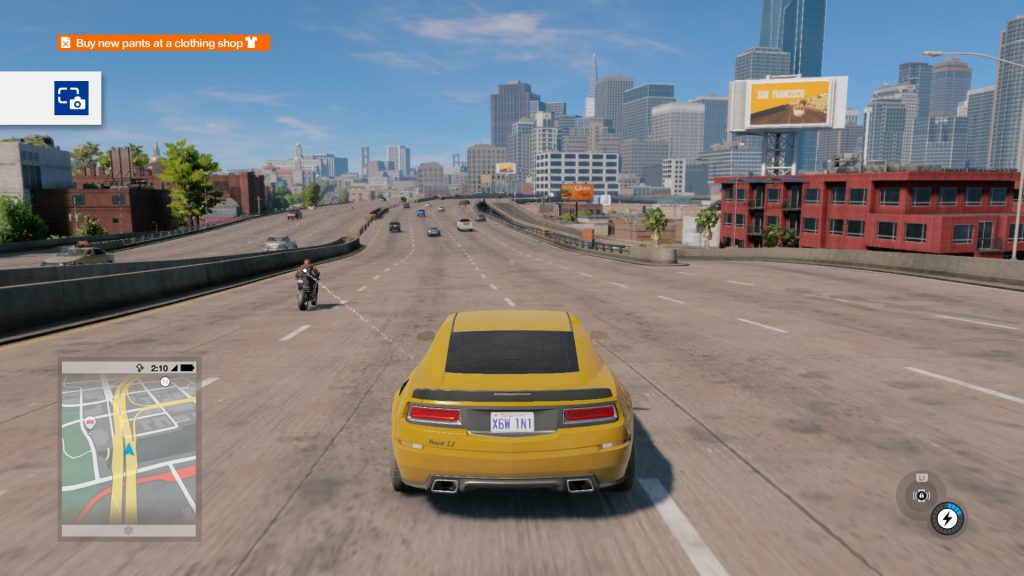 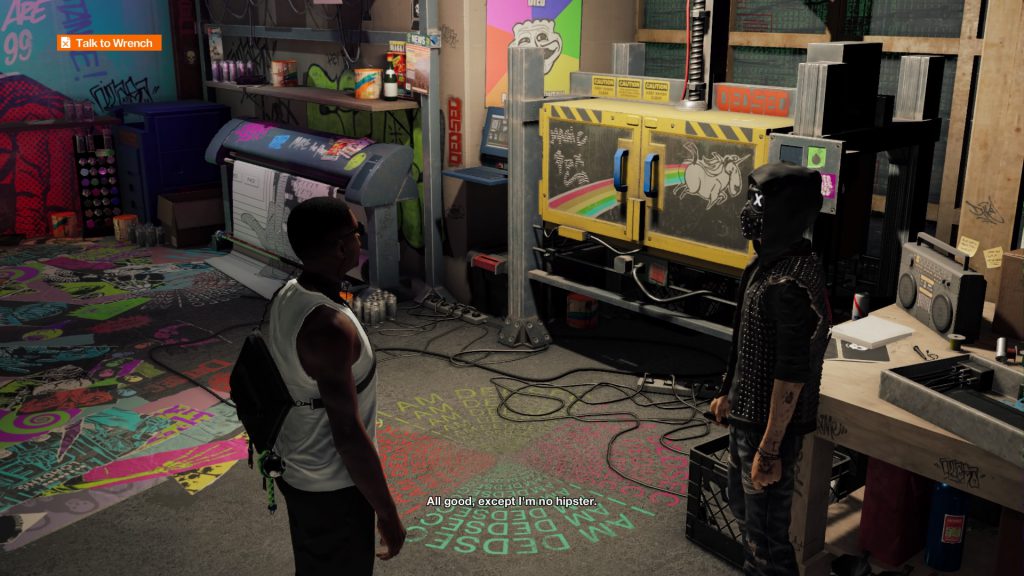 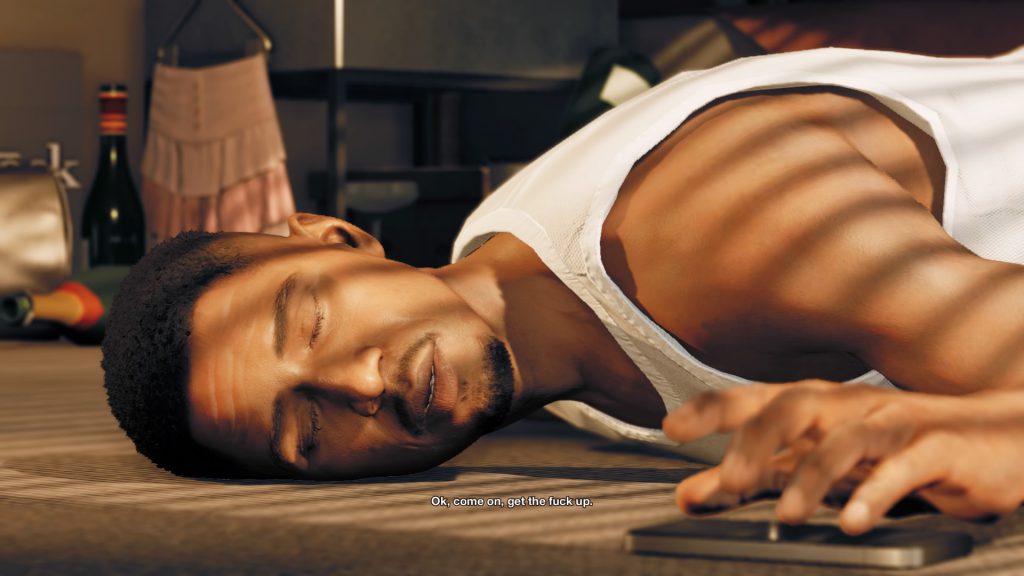 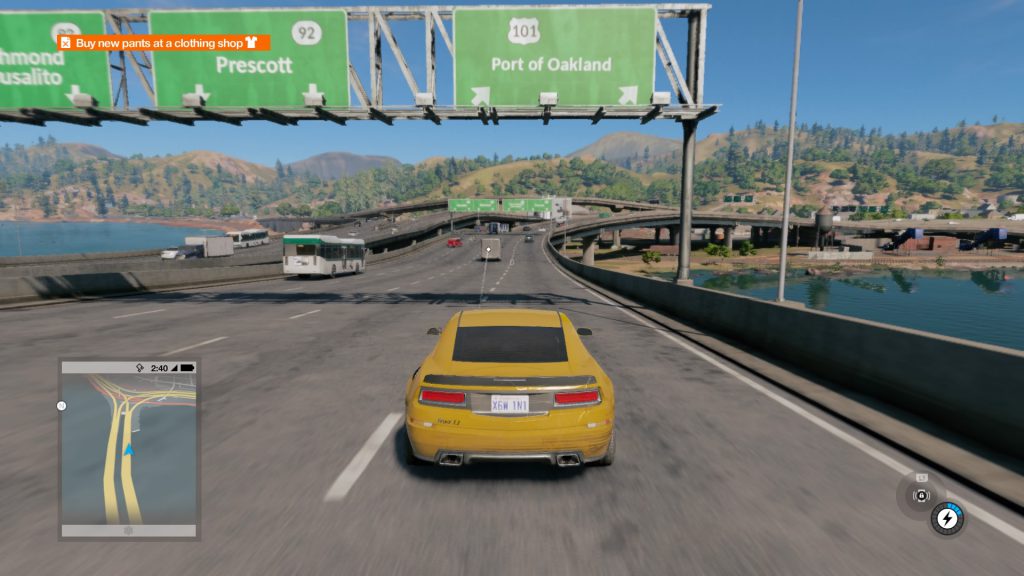 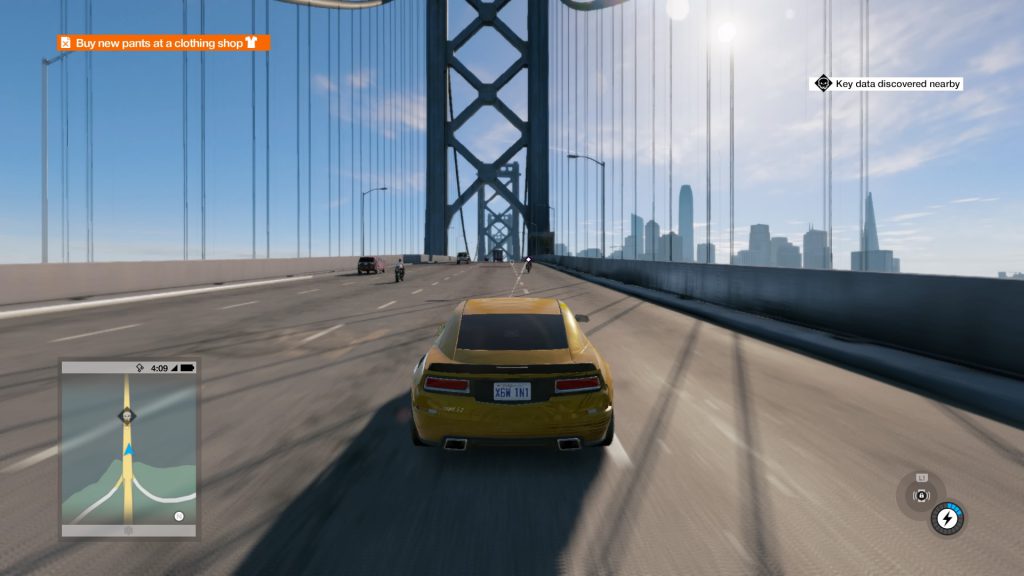 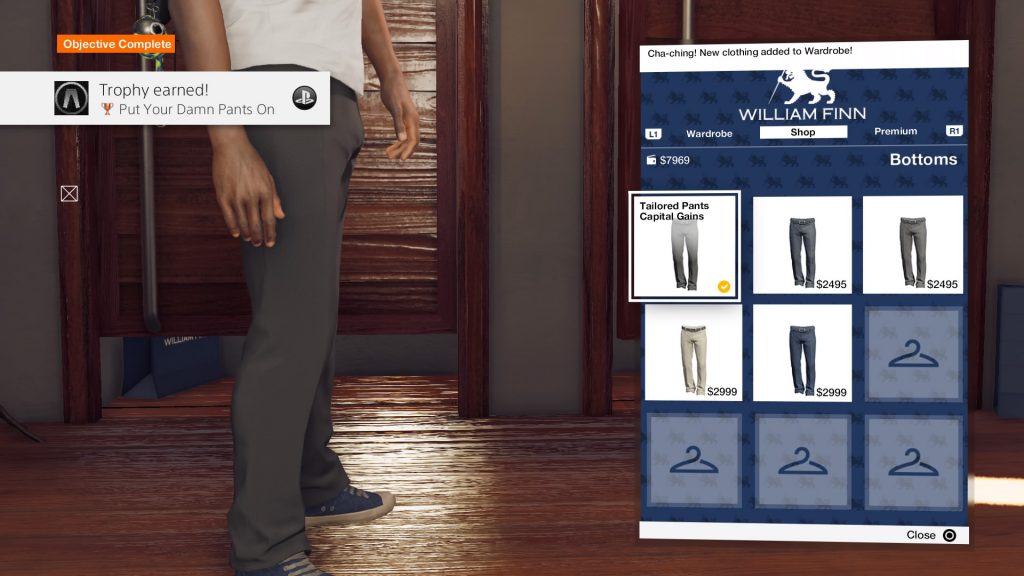