What is Mafia 3 About?

I’ve talked about this game a bit before it was released, what it promised, some of the video footage of the game, the setting, the characters and more. It is the 3rd game in the series, but it is the first time I’ve ever actually owned and played any of the Mafia games.

The setting of the game takes place in 1960s New Orleans during a troubled time in America. The Vietnam War was in full swing and the Civil Rights movement had massively grown especially in the South. New Orleans in the game is known as New Bordeaux and I’m not exactly sure why the developers decided to go with a fictional name of the city its based on, but it still works and fits the look of New Orleans set during that time period.

So what is Mafia 3 about? It’s mainly a payback story that focuses on a specific character on his return to the city and his life after serving some time in the Vietnam War. The character’s name is Lincoln Clay and you’ll see the people he has loyalties to upon his return early on in the game.

Suffice it to say, the Italian Mafia betrays Lincoln Clay and the group he is associated with as well. This is when the quest for payback begins. I’ll leave the rest of the story and the people he encounters along the way, up to you to discover as I don’t want to give away too many spoilers.

The game-play here in Mafia III is solid, but nothing that is groundbreaking or that you haven’t seen here before. The combat can at times get intense and I also like the cover system in the game.

There are quite a variety of weapons to use, but the best technique that can you get out of tough situations where you can get killed a lot is the stealth technique. There are ways you can lure an enemy over to near where you’re hiding so that you can take them out silently.

You can either whistle to draw them over to you or you can use a special kind of voodoo doll, once it is unlocked, to lure enemies either near you or a specific area. I generally prefer whistling and then taking them out quickly.

I have used the guns a blazing method and trust me, it can get very hectic real fast especially if you’re trying to clear out and take over a specific area that can be used to earn you money later on. Even though I’ve gotten pretty good at using some of the guns in the game, enemies can call in reinforcements making things much more difficult.

There are many times I’ve gotten killed and this also leads to another point which I find a little annoying. If you’re doing a mission at a specific area and you get killed, you’ll re-spawn sometimes close to where your objective is or a bit far away in which case you’ll have to drive back. Other games have a fast travel option, but Mafia 3 doesn’t.

It does get annoying at times especially if you get killed and want to get back into the action fast to try and get revenge on those that killed you in the first place. I like driving in this recreation of New Orleans so it doesn’t necessarily take away anything from me, but for others it could.

One thing I like is that as you progress in the game and take over neighborhoods, you can assign them to your lieutenants to unlock special perks, but things can get dicey if you neglect one in favor of another and it could even change the outcome of the game. You also have a limited amount of people you can assign to any given place.

Something else I want to mention also is that you can store your money at a safe house which is something you’ll want to do often because it is very easy to lose your money. I’ve lost a lot of money every time I kept getting killed.

If you ever need weapons that you’ve unlocked or are low on ammo, you can call up one of your associates on a radio and have them drive up to your location to stock up whenever you need. In addition to that, you can have a vehicle delivered to you as well.

The graphics in Mafia 3 are pretty nice, but not exceptional. I’m enjoying this game on a fairly new Sony 4K television I purchased a few months ago. The game looks really good in 1080P and I like the fact that the television up-scales it though it’s not true 4K.

The cars in the game definitely match what they would look like in real life during the late 1960s. You’ve got cars from the 1950s as well as newer American muscle cars that were starting to appear at that time from the Pontiac GTO to the Chevy Corvette.

The buildings look really authentic for the time as well. Downtown New Bordeaux matches what downtown New Orleans would actually look like then. A few recognizable skyscrapers are there that are still there today in the real city, but of course the more modern ones haven’t been constructed yet.

The draw distance is good in this game and it is cool to see the bridges and the skyline way off in the distance. There is some draw-in however that does happen from time to time mainly with other vehicles suddenly appearing.

While the city and surrounding areas definitely match the feel and look of New Orleans and the swamps of Louisiana, there are some things that just do not fully match. There are certainly not as many bridges going over the Mississippi River in New Orleans as it does in the city of New Bordeaux in Mafia 3. I’ve also noticed in the game that there’s a double decked highway in another section of downtown that resembles the Alaskan Way Viaduct in Seattle.

I’ve mentioned generally what the game is about above, but this is where Mafia 3 just really shines. The characters, the narrative, the main missions of the story just come together so well. This is where I just have to give a round of applause to the developers. It just gets you hooked because the way the narrative is done resembles a documentary of sorts and also from the perspective of others in the game.

The way the story is done is the biggest reason I greatly suggest buying Mafia 3. I will even dare say it’s better than what Rockstar offers in its most popular open world games.

You just have to experience it for yourself as I just can’t do it justice by my own words alone. A word of caution though. This game is NOT meant for kids in any way, shape, or form. It is very violent, has extreme language and vulgarity and deals with racial themes of the time period.

If you have kids in your house I would certainly suggest some gaming or wireless headphone so they do not hear those particular things coming from the game.

Mafia 3 has been out for a few months now and while Black Friday and the rest of the holiday shopping season is over, that doesn’t mean there aren’t some good places to pick up this game if you already haven’t.

Amazon right now has the game for $39.99 if you’re a Prime member and you’ll get free two day shipping with that as well. You can download it digitally, but last I saw it was the full price of $59.99. It could very well change so you’ll always want to check back.

Best Buy is another good place to get it as well though it retails for the full price right now. If you are a Gamer’s Club member though, you can pick it up for 20% off and in addition if you are also a Best Buy Rewards Member then you know you can rack up points through your purchases and get reward certificates that can also be used towards the purchase of Mafia 3 for the PS4. 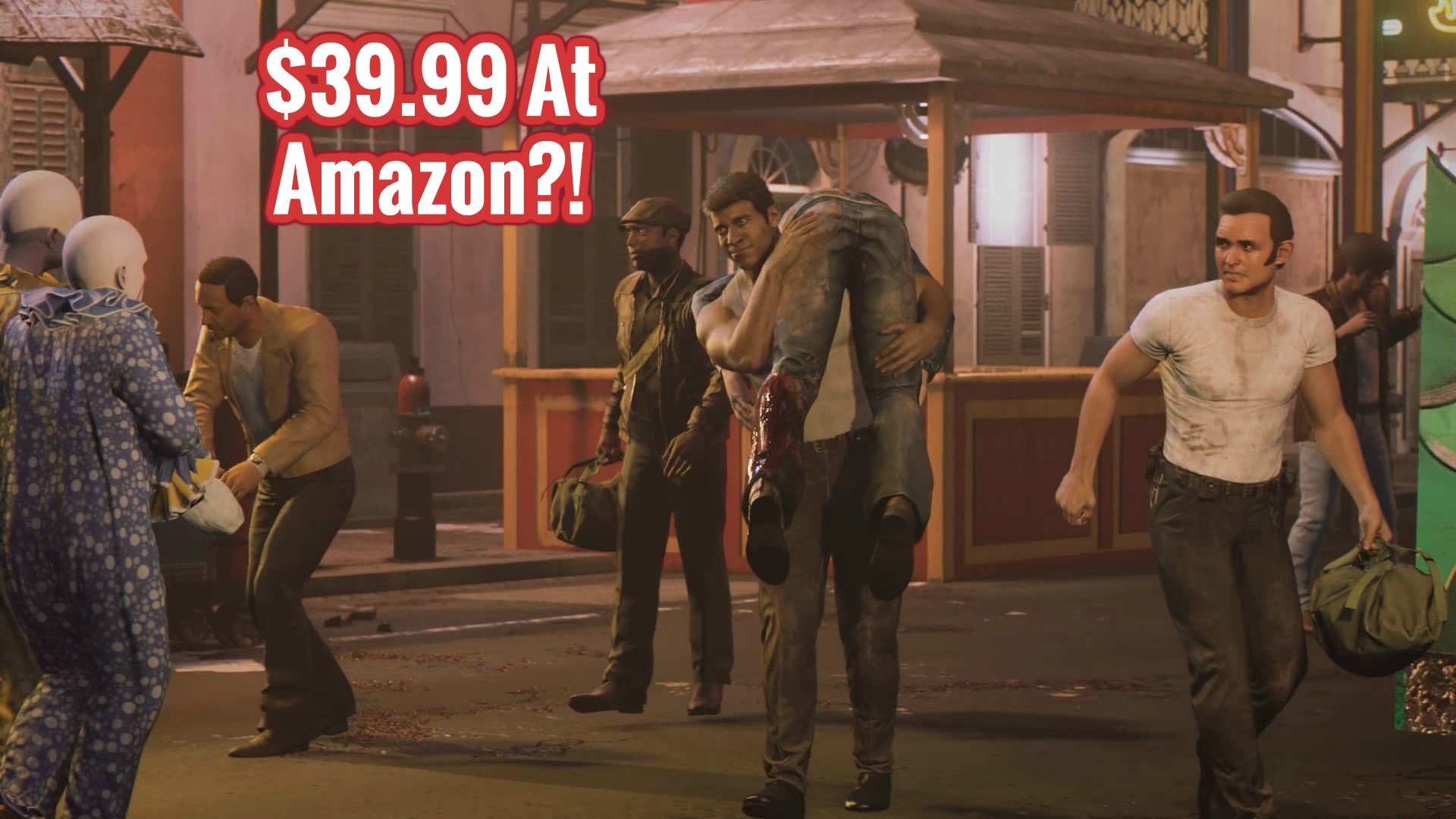 Mafia 3 is a very solid open world game to play and overall worth picking up for the PS4. Its game-play isn’t ground breaking and it does have some redundancies, but its story is simply amazing.

I’m still enjoying Mafia 3 to this day even though it doesn’t offer any multiplayer. The story alone makes it wonderful and this is definitely a worthy addition if not the best game in the Mafia series.

As with all games these days, there will be more content coming and I’m sure there will be a new story or something to add to make this game even better. So now that you know what Mafia 3 is about and what I think about the game, you’ll definitely want to pick this game up for $39.99 at Amazon if you don’t have a copy already.

6 thoughts on “What is Mafia 3 About? My Review”