Well folks I don’t want to seem like I’m exactly repeating myself as in my last post I talked about freeway driving games that I have for the PS4. I do want to talk about some of these games again, but this time other things about them that might be of interest to you and why I think you should play them while we wait for new open world games to be released in 2016.

I’ve talked quite a bit recently about The Crew and the open world nature of the game, but what about the other stuff in the game? You might not just want to do exploration all the time as you might want to try and beat all of the races and challenges that the game has to offer. One thing I haven’t really talked about is the whole reason the game is called The Crew in the first place. The hope by the developers that made the game is to find other players to invite to form your own crew. You can have up to four of them and they can help you pass some of the different challenges in the game especially in the main story mode. Trust me, some of these challenges are rather difficult to do by yourself and is a lot better to have someone else with you.

One of the tougher challenges in the game is Takedown. You basically have a certain amount of time to damage a vehicle enough to where you completely take it down. These vehicles tend to be very fast and are hard to catch up to a lot of times. The first time I did one of them I had a lot of difficulty trying to catch up to one that was driving along the beach near Detroit. I eventually was able to get someone to join the mission with me and with his help, I was finally able to take the vehicle out.

Another cool thing and benefit of creating your own crew or joining another is that you can take on others in different clubs scattered in various places across the huge map. You’ll take on others in various challenges that include lap races, point to point, and more. A cool thing about this is that if you join one of these clubs and they take on others and win, even if you don’t participate, you’ll automatically earn money at certain times that you log in. Trust me it can definitely add up.

Most of you are probably very familiar with this game or the entire series at the very least. It is definitely a crime oriented game hence the name Grand Theft Auto and since of course the title has to do with the theft of cars and other vehicles, you can definitely call this game a driving game as well. The game does not have officially licensed vehicles as I believe the carmakers do not want to have their vehicles represented in a still controversial crime game as well as have their most well known vehicles destroyed in a game (they’ve gotten better at allowing at least some damage to them in other games). The game makers can and have designed their own brand of cool and fun vehicles to drive around in and cause mayhem throughout the open world. You’ll definitely see cars that do resemble some of the vehicles that we all drive around in or see out on the highways.

One cool thing about playing this game in its online multiplayer is the fact that there are just all kinds of challenges and races you can get in with the cars and other vehicles in GTA V. There are many races you can get in and if you start winning them, you can unlocks mods and upgrades for your cars. You can also collect and store vehicles in garages that you can purchase or that come with an apartment that you purchase. Some even have security cameras which is a good thing since your cars can be stolen.

If your car does get stolen by other players and gets destroyed, there is insurance in the game that will replace it and the player that destroyed the vehicle has to bear the cost of the replacement. It is a nice touch, but sometimes it is just worth the cost especially if you’re trying to get back at them for something else a player may have done to you. I once was by a group of people showing off their new low-riders when I decided to throw a sticky bomb on one of the vehicles. I pressed the button to detonate it and the car and other nearby vehicles exploded. I certainly got an earful over the mic from those players whose vehicles I destroyed and they were hell bent on taking me out after that which they did multiple times! As well armed as I was, a lot of them were ranked higher than I was and was very difficult to try and take them out or just survive against that group. So, I decided to leave the city and go into the mountains to hide out for awhile!

Now speaking of the mountains and the countryside outside of Los Santos, it awesome to miss around in as well. There are some small towns, large lakes, mountains, beaches or seashores, dirt roads, winding hill and mountain roads and train tracks as well. There is also a small airstrip in Blain County where you can take aircraft to. Beware thought there’s also a heavily fortified military base and if you decide to fly over it….well…..good luck at getting away when they scramble the jets and launch missiles at you. There is also a prison out in Blaine County in which one of the online heist missions takes place. It can be a chore to get through it though.

Yes, I’ve mentioned this series and the other two in my freeway driving games post, but this is a series that deserves to be up there with the best car driving games to play. The series has always been about speed and the fastest vehicles that we normally don’t ever get a chance to drive in our lives, but can in this racing series. I love that for the last 10 years or so, the series has generally remained open world. The settings the series has taken place in are pretty awesome that includes tight city streets, wide open freeways, mountainous roads, randomly controlled AI racers out and about in the world and other actual players in the game world as well. Combine this with thrilling high speed police chases and the fact that other players can join in at anytime and you’ve got yourself a thrilling driving series to play. 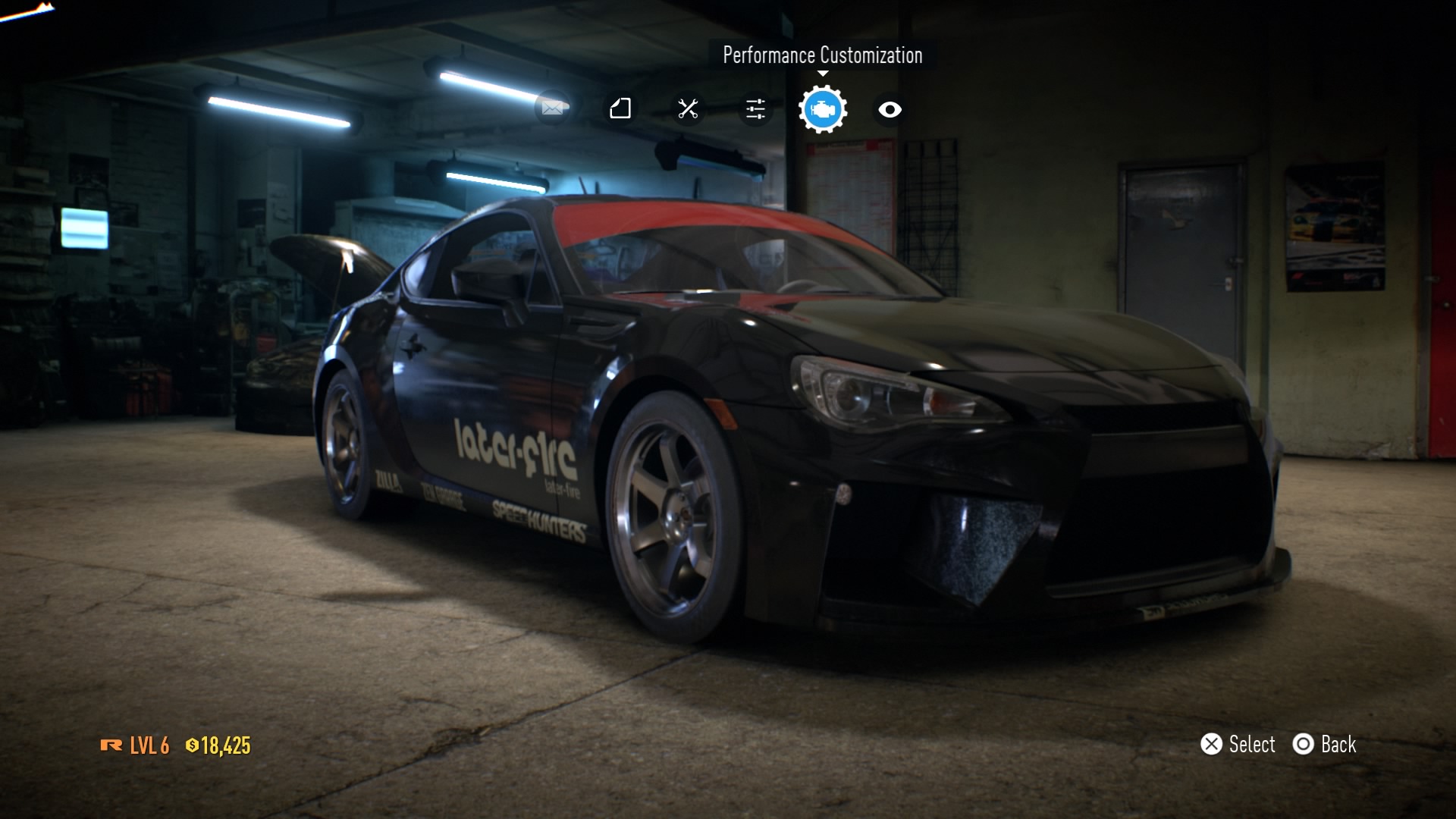 Now there has been one Need For Speed game I actually did not play that came out in the last few years and I stayed away from it because of the ratings it got and the fact it isn’t an open world racing game. Even though I never played this game, a part of me does just so I can say I’ve played nearly every game in the series.

The latest Need For Speed game is a great game to play. It retains the open world part from Rivals, but moves back to a more urban setting. Now I won’t get into too much detail as I’ve talked about this game extensively in other posts, but I’m glad I did get this game as it really was fun to play and the cut scenes, although cheesy at times, actually added to the game. I love the fact that you can heavily customize your car from its performance to the deep customization of the look of your car. What’s wonderful about it is you can keep your car throughout most of the story in which it can still compete with some of the more well known and faster vehicles. Eventually they will get very tough so much to a point where you’ll probably want to invest in another vehicle and customization to better compete in the challenges of the story. All in all though it is a great driving game to play.

An Honorable Mention from a Rival Console

I know that this is a site about open world games on the PS4, but I also have an Xbox One. There is a car driving game exclusive to that game system that deserves mentioning here. I’m sure you’ve all heard of the Forza racing series, Microsoft’s answer to the Gran Turismo series on PlayStation. Well Microsoft has a spinoff series to that called Forza Horizon that is completely open world and a blast to play.

The first one came out on the Xbox 360 and took place in parts of Colorado. The developers did an awesome job with Colorado here. It has the snowy mountain tops of the Rockies, plains, foothills and an area very similar to Colorado’s Red Rocks area. It has towns in there as well and a festival in there known as the Horizon Festival where a lot of your races and challenges take place.

Moving on to Microsoft’s next system, Xbox One, Forza Horizon 2 was released and it is a beauty to behold! The graphics are just simply gorgeous and it takes place in Europe and has areas very reminiscent of Monte Carlo and other parts of Europe. The car models are exceptional to look at and you can on and off road as well which the game heavily emphasizes. Once again, it is another Horizon festival that takes place with challenges and things to unlock and such. If you have an Xbox One as well, this is a must have driving game.

Well there you have it folks, my list of the best car driving games to play in this generation. You’ll have fun with one or all of them. Feel free to post any that I may have missed or that you really enjoy that deserves a mention on here. These games should tide us over until the release of new open world games for 2016. Are the driving games listed here ones you play already and if so, what are your favorite parts of these games?