Time for another round of a city from The Crew compared to the real life city! Last time I had talked about The Crew’s Chicago and the actual city and how closely they do resemble each other. The skyline is VERY close to the real skyline and it has everything from the Willis Tower to the John Hancock tower and many more recognizable skyscrapers from Chicago’s skyline.

This week I move on to The Crew’s Washington DC! In the game I will end up driving from Chicago to Washington. It’s quite funny though because it says it is 15 miles from Chicago to the US Capital city which we all know is definitely NOT 15 miles away from each other. Still though it is a fun drive from the Midwest’s largest city to the nation’s capital.

Now I have actually been to the US Capital before. It was my senior year trip during spring break way back in 1998 (Almost 20 years!). I was fortunate enough to see a majority of the famous land marks such as the Washington Monument, the US Capitol building, The White House, the Lincoln Memorial, and many more.

I am glad to say that some of those monuments listed above do make it in The Crew’s version of the nation’s capital. The layout of the city I would say is close to the real one. The area known as the Mall is laid out perfectly which contains The Washington Monument, the Lincoln Memorial and all the way to the capitol.

I would like to mention that there are a lot of other buildings within the city limits that are mostly offices for various parts of the government and companies as well and different stores and restaurants. Washington DC in real life is not allowed to have tall buildings above a certain height which is why the Washington Monument is the tallest structure within DC. What’s interesting is that at least to me, some of these buildings seem to be taller than they should be in the game. Some are about as tall as some of the skyscrapers in New Orleans.

Overall though it still definitely has the feel of Washington. What you won’t find in this version however, are some of the other landmarks that are across the river. You won’t see the National Cemetery, the Pentagon, or the city of Alexandria itself which actually contains high rises that are taller than the buildings in DC.

There are some highways surrounding the capital, but there are none that actually go into the city though one that would resemble interstate 66 does get kind of close. What I do like about DC in the game is its proximity to New York City which in The Crew’s US map is just a few miles away. In real life of course they are not that close, however it would not take too long to travel between the two since they are both on the east coast.

There could be some other well known places in this city that I missed as I honestly have not been to Washington very much in the game. I have not seen the Smithsonian in the game as well as the Treasury, the State Department, or even the FBI Headquarters just to name a few. Oh yeah, I can’t forget about the National Zoo which I’ve also been to from my time in Washington DC when I was a senior.

One thing that I do like though is that when you drive up to the White House in the game, you will see Presidential helicopters landing and taking off. Just like the real White House though, it is completely fenced off and there is no way to get on to its grounds. It is also the same thing with the capitol building, though when you look at from the top when in the map, it looks like there are 2 large ramps that could go over the building itself if you were to drive on them. Alas though they are actually stairs to the building and no way to get to them.

Something else I do want to mention though is that we know that Washington D.C. is not far from Baltimore, Maryland and there is a lot of development in between both cities. Baltimore unfortunately is not in the game, but there are two highways that have an interchange that goes out over the water that resembles Baltimore’s major highway interchange not far from its downtown area. I wish they would’ve added Baltimore to the game to add to the realism or authenticity.

Well there you have it folks, another city comparison from The Crew and the real city. I really don’t remember the main story having much to do in Washington D.C. as you progress through it. I think it is just one of those where there are a few challenges there and then you move on to the next part.

Definitely check back here is I will have another city comparison soon. I plan to move on to the final east coast city in the game, New York City. Once that is finished I will move on to the cities out west beginning with Salt Lake City and will also move on to a new series in The Crew that will involve hidden areas, oddities, and more as I drive around the massive map of the US in the game. There are also some cities that are not mentioned as being in the game, but are actually there, though they are quite small. I will definitely get to that soon.

What do you think about Washington D.C. in The Crew? Do you think it is a good representation of the actual city or could they have done better? Are some of the other buildings in the city too tall? Do you think they should’ve added Baltimore in Maryland or Alexandria in Virginia? Should there be more highways in the area? As always, feel free to post your thoughts!

4 thoughts on “The Crew’s Washington DC” 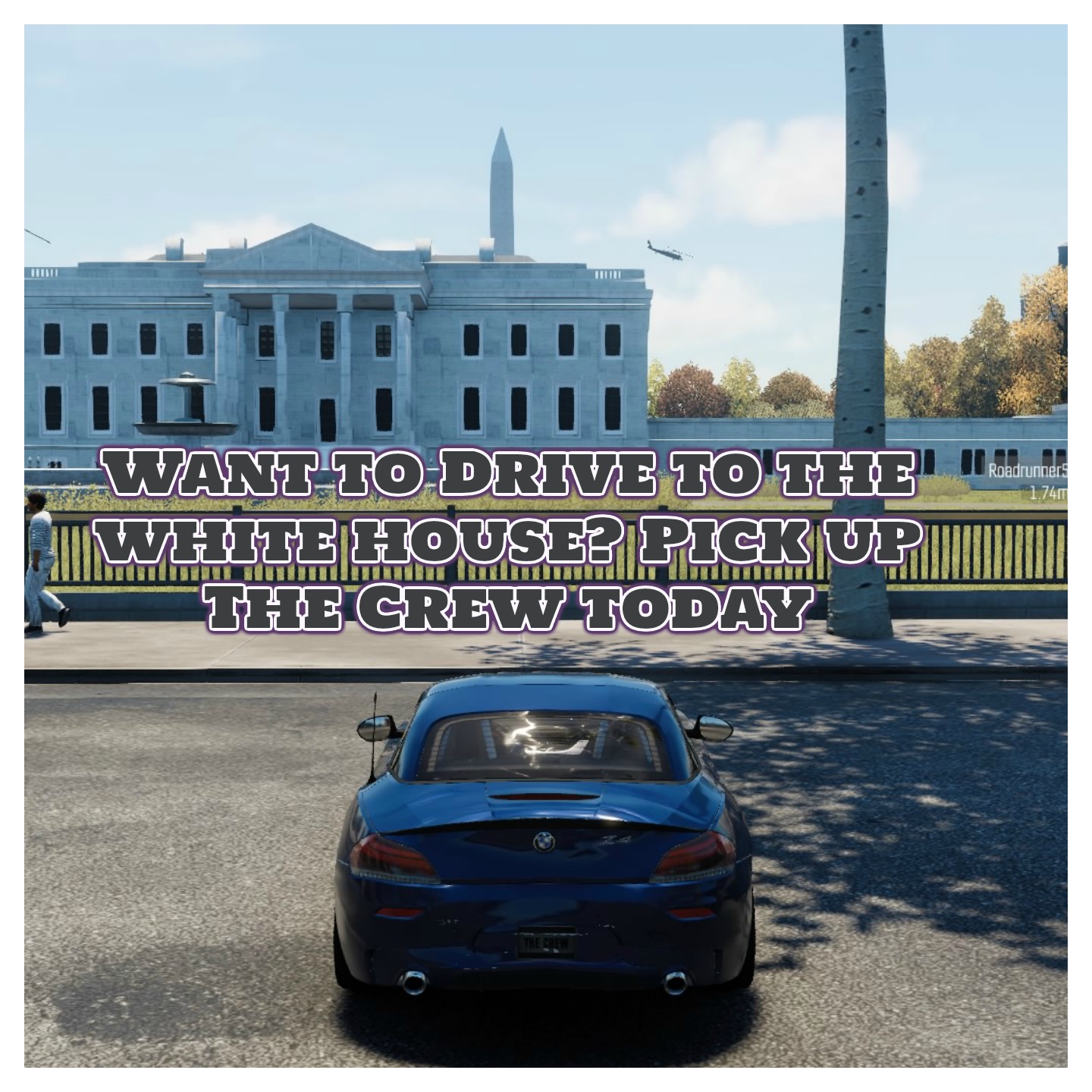