A few years ago I had bought a television that was much bigger than what I had previously so I could get better use of my PlayStation 4. I went from a 24″ 1080p lcd television to a 42″ 1080p LED television by Vizio. You can read my review about that television here.

When I first started playing games on my PS4 that was connected to my Vizio at the time, the games really started to look gorgeous especially when compared to my previous TV. I did get a lot of good use out if it, but 4K was really starting to take off and prices were coming down on 4K televisions.

I went to Best Buy and started looking around at the different 4K televisions they had. I certainly didn’t want something as big as my friend bought since I’m only buying a television for my bedroom, but I wanted something in similar size to my Vizio. It was a tough choice as there were definitely some good 4K televisions in the size I was looking for. I finally made my choice and bought a brand new 4K television. And now without further ado, here’s the 4K television I chose:

As you can tell from the title above, I decided to go with a 43″ Sony Bravio 4K television that has HDR. Sony does make some gorgeous televisions and after seeing what my friend’s Sony looked like, I just couldn’t resist.

Now I will have to tell you, I haven’t been able to enjoy the full capabilities of the television so far and that is mainly because I stil have a regular PS4. That’s not to say however, that the games do not look good. They look a little bit better than what they did on my previous television which was a Vizio 42″ M series 1080P LED television.

I do have a game system though where I can watch 4K movies (I know, how could I betray the PS4 like that), but it is not 4K gaming capable, it is just for 4K movies only. I am planning on getting a PS4 Pro eventually, but for now, I’m satisfied with my current PS4. I’ve mentioned before that I installed a 2 terrabyte hard drive in it and so I just don’t want that to go to waste.

What I am thinking of doing though is getting a PS4 Pro, but leaving my original PS4 connected to my Sony TV so that I don’t have to reinstall games and saved content again like I did when I put in my 2 terrabyte hard drive. That was tedious to do and time consuming.

What I would do however, is when I purchase the great new games that are coming out such as Far Cry 5 and Red Dead Redemption 2, I would install them on the PS4 Pro and enjoy the better graphics in 4K that way. I do wish the PS4 pro would play 4K Blu Rays, but I have another system currently for that so that’s not really an issue. 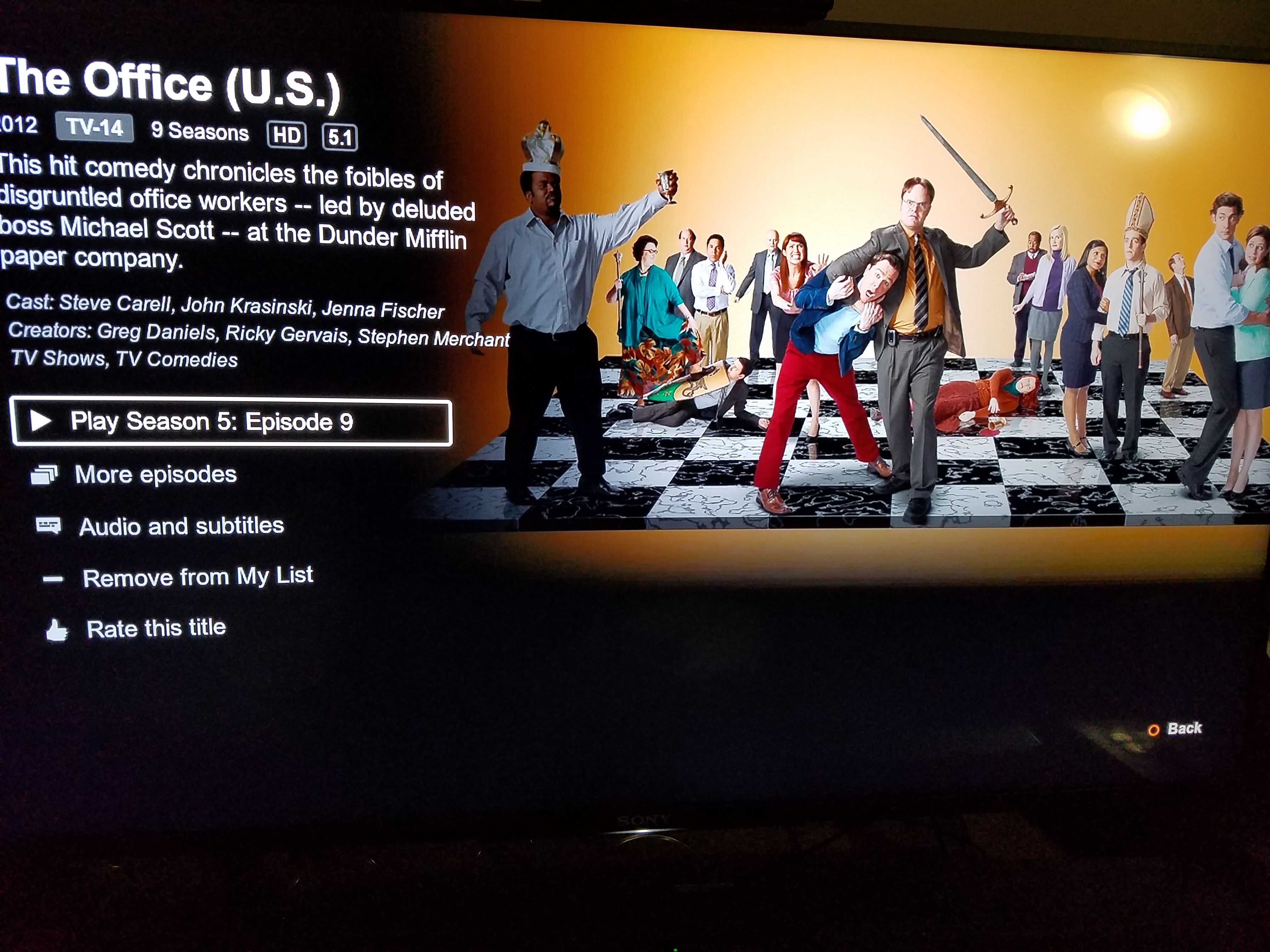 Going back to the 43X800D, it fits nicely in my room and sits just a tad lower on its base stand than the Vizio television did. This can kind of be annoying because the IR sensor for the remote is in the lower middle part of the TV and my soundbar sits in front of it so it can be kind of hard for the remote’s signal to reach the TV.

Now as far as some of the specifications for it, it comes with 4 HDMI ports, cable/antena RF input, Bluetooth 4.1, Digital Audio Out which is Optical, another Audio Out which can be used for headphones, 3 USB Ports two of which are USB 2.0 ports and the other one is USB 3.0, and an IR Blaster just to name a few.

The Pre-calibrated settings on the TV are actually pretty solid. Vivd as well as game mode does showcase some of what this 43″ television is capable of, but you still might want to create your own calibrated settings to find a picture that will satisfy you the most.

I will at some point find and use some good calibrating settings online, but for now I’m happy with the pre-calibrated settings.

For anyone thinking of getting a 4K Television for their bedroom or wherever you decide to put it, a great place to get this particular model is Amazon. Keep in mind this is the 2016 model, but it still holds well against the newer models that have been released so far this year.

Now I got my TV at Best Buy just because I didn’t want to have a television shipped to my house since I’m not usually home during most of the day. At the time I got it on sale for a little under $600. It costs just about that much today on Best Buy’s website.

Well there you have it folks, a little bit of info regarding my Sony 4K Television. I really do like it and when I get a PS4 Pro, I will be excited to see the enhanced graphics on this wonderful television. Right now though I’ve watched a few movies in 4K on another system and it has just been breathtaking to watch. If you’ve been on the fence of getting a 4K television, I suggest buying this particular one as the price is not too high and you’ll get a great 4K experience out of this particular television.

The PS4 and Xbox One do remarkably well on this Sony television and even though the base systems are not 4K capable (for games), you’ll still get to see great graphics regardless.