Now that I’ve had some time to spend with this latest expansion, it’s time to post my thoughts on it. I do have to say that it is actually quite fun and it does remind me of some of the Need For Speed games which is not a bad thing.

The premise of The Crew’s Calling All Units Expansion is that Zoey is after a new gang called The Harvesters. She recruits a new character called Clara Washington and you play the expansion as her. There are over 12 different missions that span the entire map.

After you complete the initial mission, you head to the car shop for a police car in Detroit. There are some good ones to choose from, but if you don’t want to spend any money just yet, there’s a pretty decent Mercedes cop car that is available for free.

Eventually though you’ll need to get the other classes of cop cars in order to complete the rest of the missions.

The missions themselves are pretty straight forward as you have to take down various drivers and henchman of this new organization that are doing different things such as running contraband. There will be escorts that will come after you as well when you’re chasing down the main person.

One nice thing about The Crew’s Calling All Units is that you have some useful weapons or gadgets of sorts at your disposal. You can use an electromagnetic pulse to briefly shut down their car or target their speedometer to slow them down for a little bit.

Another nice thing is that you don’t have to ram the people you’re chasing after unlike the original chase missions in the full game. You just have to be close enough to them and then a timer appears and counts down until a cinematic starts that shows they’ve been arrested. 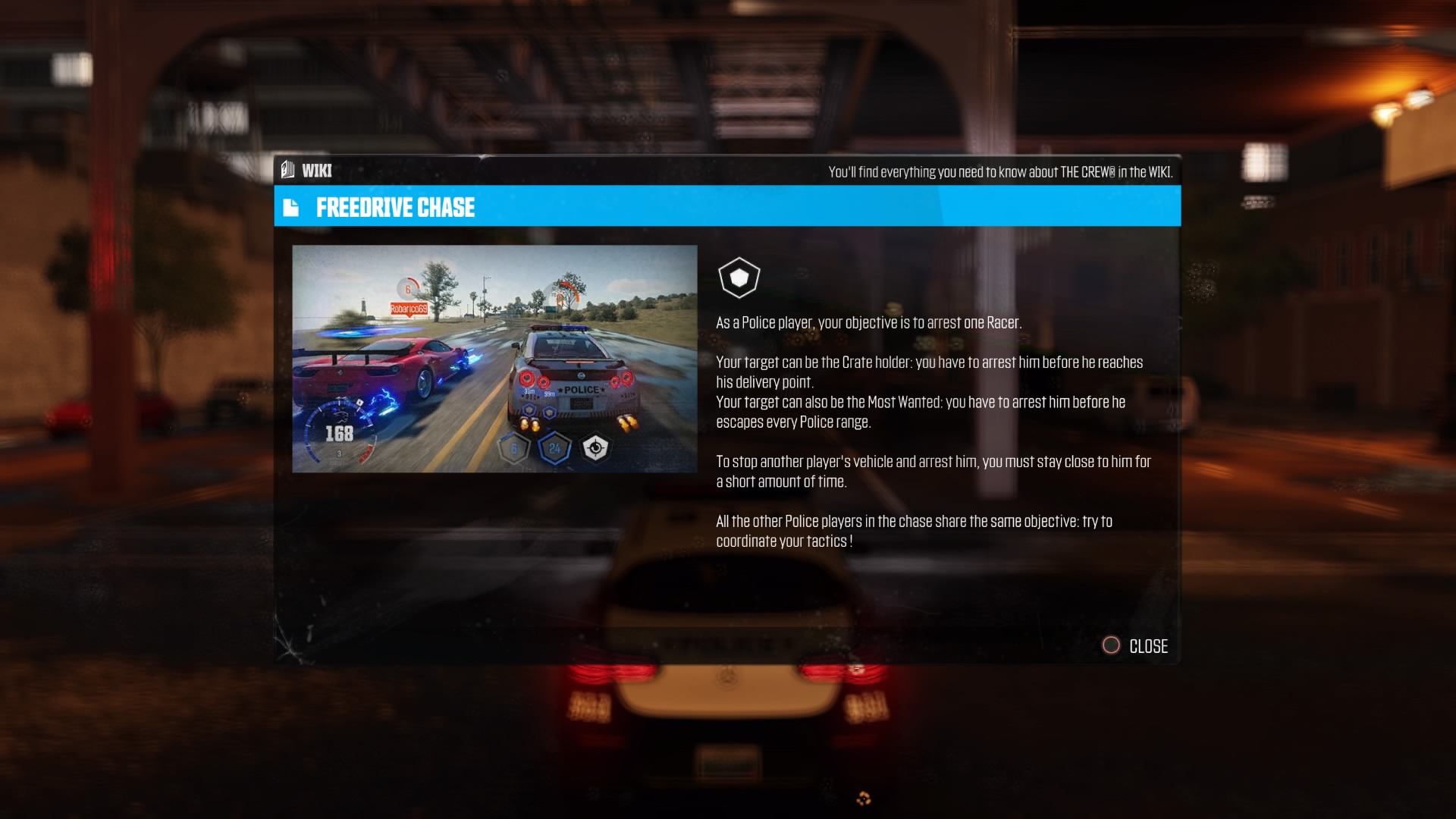 Just like the regular missions of the game, you can earn bronze, silver, or gold and earn money and different parts to add to your cop car. They’ve also now raised the level cap which is 60.

Something else that’s been added to the game in addition to the new cop mode is that now you can find crates all over the map of the US and get them to their destination hopefully without getting caught by the police. You’ll be able to use unlimited nitro and flash bangs as well when you’re participating in it.

I do wish however, that there were more missions in the game instead of the 12 that it comes with. It just feels a little too short and because of that I’m not entirely sure it is worth the cost of $25. I’m not saying I regret purchasing this expansion, but I feel it could’ve been made a little bit longer or had other things added to it. I feel $15 to $19 would’ve been a better price for it.

Check out my review of the full game of The Crew if you haven’t already and buy it from Amazon if you haven’t got a copy of the game. They’ve got the Ultimate Edition available which includes both major expansions in addition to the full game. Check out the video below of the first mission in this new expansion. As always, feel free to leave comments.

2 thoughts on “The Crew’s Calling All Units Expansion”