Well folks here we are, the final major city in The Crew that I will compare to the real life counterpart. What a great way to end it than with the Emerald City, aka Seattle.

I’ve never been to this city, but from what I’ve seen of this metropolis in the pacific northwest I certainly want to make a trip there someday. After all, this city and surrounding area is home to some major companies such as Microsoft, Nintendo (American headquarters), Amazon, and Boeing still has a very large presence in this city even though the corporate headquarters moved to Chicago.

How does The Crew’s version of Seattle fair to the real one? Let’s take a look.

As I said earlier, the city of Seattle is in the northwestern section of the United States. It’s more commonly referred to as the Pacific Northwest. This area is known for its mountainous landscape as well as for its lush green forests.

The last city I had compared was San Francisco and so I drive up to Seattle from there. Now in the game it is about 8 miles for me to drive there, but remember the map is nowhere near to scale and if it was it would take a much longer time for me to drive to Seattle.

Approaching Seattle in the game looks really good because as the skyline comes into view, you can really tell it is the Seattle skyline.

The layout of the city does mimic the real Seattle or at least the main parts of in regards to its downtown area and the part by the city’s massive stadium.

The good thing about the game’s version of Seattle is that it does have some highways. You have one that followed the alignment of the actual I-5 in real life and then you have the one in front of downtown by the waterfront called the Alaskan Way Viaduct. 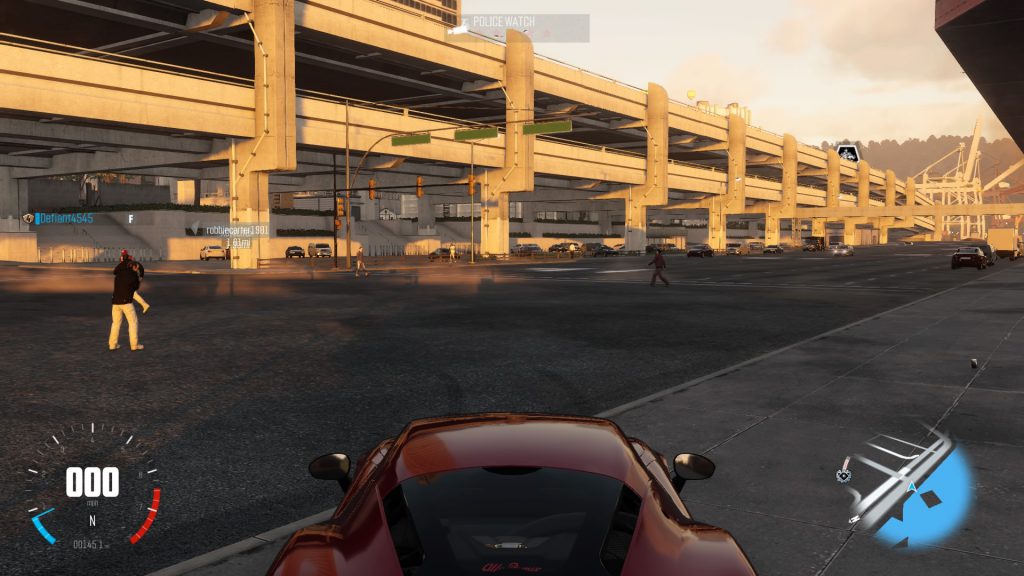 The Alaskan Way Viaduct is a nearly 2 mile long elevated highway that carries Washington State Route 99. In real life this elevated highway is double decked and it carries over 100,000 vehicles daily. What’s interesting to know about it now is that it is being replaced by an underground tunnel.

The northbound traffic runs on the upper deck of the highway while the southbound traffic goes in the lower part of it. Now here is what I found quite interesting in the game. Both the north and southbound lanes run side by side each other, but the game developers still made it as a double decked highway. The north and south lanes both run on the upper deck section of the elevated highway, but you are not able to use the lower section of it.

I found this to be kind of similar to San Francisco in The Crew because the San Francisco-Oakland Bay Bridge is also a double decked highway in real life. I’m kind of curious as to why the developers decided to forgo the use of both double decked sections of these highways in both cities. It doesn’t take away from the game, but it would show they care about attention to detail.

I can’t fault the developers though with their version of Seattle because overall they did a really good job. Seattle’s skyline is really impressive and tall in real life and they captured this perfectly in the game. Seattle’s most noticeable skyscrapers are present.

The tallest building in Seattle known as the Columbia Center is there and looks like the real thing. It’s next tallest called 1201 3rd Avenue is present and the detail on it is striking. I have no doubt that if I had actually visited Seattle in real life, then driving through it in this game would feel and look like it.

Some of Seattle’s major landmarks are there such as its famous Space Needle that was leftover from the World’s Fair the city once hosted. The city’s waterfront in the game also looks like the real thing from what I’ve seen of pictures and videos of the city. 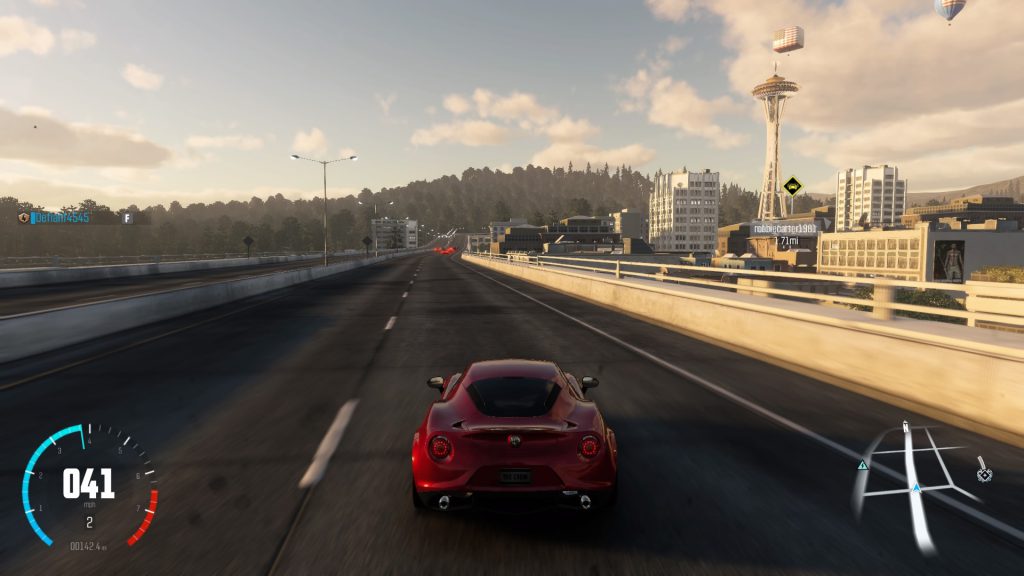 Just like some other cities in the game, Seattle has a football stadium known as CenturyLink Field in the actual city. It really looks like the real one too, but unfortunately we cannot experience the loudness of the stadium when there’s a football game being played there since it is at times the loudest stadium in the NFL.

All in all, other than some minor things regarding the double decked highway, I think it is among the most realistic looking of all the cities in the game compared their real life counterparts. Seattle is definitely worth checking out in this game.

Well folks it has been a fun ride in regards to seeing how the 12 major cities in the game compare to the real versions. It’s hard to believe we’ve gone coast to coast in this game checking out the realism and famous landmarks of these cities.

Just because we are now finished with the city comparisons does not mean I am done with everything in the game. On the contrary, there are some cities in The Crew that are not publicized, but make a surprising appearance in the game. I will definitely be taking a look at these cities next. There are not a lot of them, but it is still kind of cool to know that they are there.

This is one of the things that makes exploring the massive game map extremely fun. There are just so many different things to find out and explore and you just don’t know what you might come across.

If you haven’t bought this game already, I would definitely suggest you do so as it is selling at a great price and there is a major new expansion on the way in November that will make The Crew even more fun to play.

As always, check back for more of The Crew updates and don’t forget to leave your comments and read my full review of the game if you haven’t already. Also check out the video below of my little drive around Seattle.

2 thoughts on “The Crew’s Seattle”