Update! It appears that Rockstar did already release a new update to try and fix some of the graphical problems as well as some other issues. According to Cinema Blend however, it appears it hasn’t fixed all the graphical problems since the 1.08 update. It seems that the vehicle damage still is showcasing some graphical issue and there has been no mention of the other known graphical issues from the 1.08 update. Check out the rest of the article over at Cinema Blend.

If any of you have been playing Grand Theft Auto 5 and been following updates for the game, I’m sure you know that Rockstar has released its latest downloadable content, Grand Theft Auto Online Heists. While it has been very popular, it did have some issues on release. Rockstar has released an update to fix a lot of those problems which generally were stability issues.

The update known as 1.08, however, appears to have created a new problem regarding the PS4 and Xbox One versions of the game. It seems that the graphical quality of GTA 5 has taken a hit. The draw distance is just a little shorter, collision damage is not as detailed on the vehicles of the game and then there are problems with anistropic filtering, according to Cinema Blend. I haven’t played Grand Theft Auto 5 for awhile as I’ve been busy playing The Crew so I haven’t noticed the drop in graphics.

It does appear though that Rockstar is well aware of the problem and is promising that a fix is on the way. I usually try not to worry too much about these issues as I know a game of this caliber can sometimes be pretty hard to keep running smoothly especially when releasing new content to the game to add to its longevity. Even though I’ve downloaded the online Heists missions for the game, I haven’t gotten a chance to play them yet and it’ll probably be awhile before I do as my online character has to be at a certain level, which is I believe 12, before you can engage in the Heist missions with other players.

Since Online Heists has been in development for quite awhile and there had been a number of delays until Rockstar felt it was ready to be released, some issues were bound to pop up. They are usually well aware of the issues and sometimes when a new patch is released to fix one thing, it causes a problem in another area. There is a YouTube video shown on the Cinema Blend article that does showcase the graphical differences of the game such as the original version known as 1.00 vs 1.08. It does appear however, that the video has been updated and has some messages that say Rockstar has already released or is about to release the update known as 1.09 to fix the graphical problems shown in the PS4 and Xbox One versions. A lot of gamers tweeted about the graphical issues and posted on Rockstar’s support forum.

In some related news about graphics for Grand Theft Auto 5, check out Gamespot’s recent article about the upcoming PC version of the game. As wonderful as the game looks in 1080p on the PS4, it goes even further on the PC version with absolutely STUNNING 4K visuals! I am definitely impressed because just when I thought it pretty much reached its graphical pinnacle on the newest game systems, Rockstar has surprised everyone with what they’ve been doing for the computer version. As much as I might want to get that version of the game upon release, my computer is certainly not up to par with the hefty recommended requirements for the game. While I’m sure most of my internal specs could run it decently, my graphics is definitely not up to par and I would have to spend a nice chunk of change to upgrade my PC to showcase the 4k resolution. I will gladly stick with the PS4 version for a longtime to come! 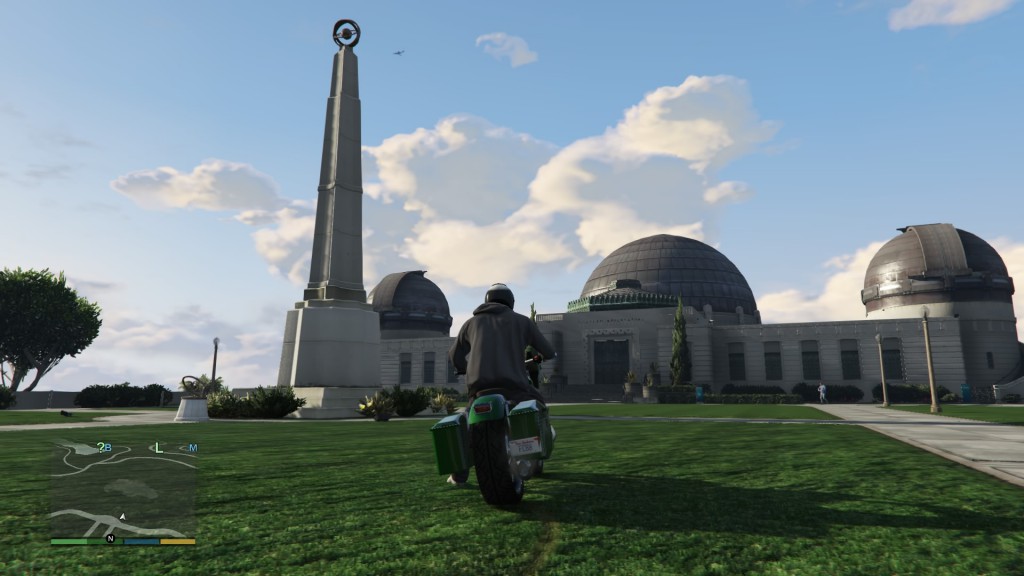