The Far Cry series is one of the very few open world game series I have never played unfortunately. I’m not entirely sure why I’ve never played any game in the series even though they are well liked and have high marks on their reviews.

It might be that they are typically first person shooters and I traditionally have not been a first person shooter gamer though that changed a little bit in the last decade thanks to my best friend introducing me to the world of Call of Duty (when it was really good, not the games out today).

With the exception of the first game in the series, most of the Far Cry games have been well known for their open world structure especially since they’ve tended to take place in exotic locations around the world.

A former co-worker of mine remarked how he really liked playing Far Cry 4 and mentioned how I should play it sometime. I’ve got a lot of other open world games that I just can’t stay away from one of which is GTA 5 so it has been hard to branch out and try other games especially in the Far Cry series.

Well now news has broken that Far Cry 5 is on the way and the first trailer of the game has been released as well and I must say it looks absolutely gorgeous. It looks to take place in more modern times and the game set up is in a fictional county in the state of Montana. 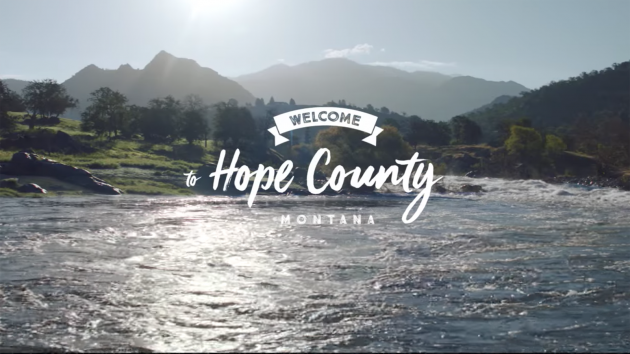 The story or at least what the game looks to be about is definitely going to make waves if not some kind of controversy. It apparently has to do with a cult or militia of some kind preparing for the collapse of the US government and it looks like it is either their way or the highway.

This group looks to have completely taken over the county and it will be your job to take it back from them. Judging from the game trailer, it does not look like it will be easy as this group has some major firepower to work with.

It looks like though you’ll able to make friends and gain some powerful allies as you look to take on this group and maybe eventually their leader.

What I have seen from the trailer is that the part of Montana the game takes place in looks really beautiful complete with mountains, streams and teaming with wildlife. Looks like you’ll be able to do your fair share of hunting in the game too.

Far Cry 5 is slated to be released early next year, I think sometime in February of 2018 to be exact. There will probably be a lot more info regarding the game at E3 in June so you’ll definitely want to stay tuned for that.

In order to get myself ready for Far Cry 5 I think I will pick up a copy of Far Cry 4 so that I know what to expect from it.

There’s something else I’m seriously thinking about as well. I have just the regular PS4 model which is 1080p. There’s nothing wrong with it and the games still look really good, but after watching trailers and seeing screenshots of some of these games in stunning 4K, I’m beginning to think it may be time to upgrade to a PS4 Pro.

The good news is that I do have a 4K television so I would be able to take advantage of the better graphics whenever I decide to upgrade my current PS4. The thing is though I put in a 2 terabyte hard drive in my current PS4 and I don’t just want to stop using it. I think what I’ll do whenever I do get a PS4 Pro is just keep my current PS4 connected to my TV and play current games on that system, but any new games I purchase will be for the PS4 Pro.

Enough about that though, here is the first official trailer of Far Cry 5. As I said earlier, it looks absolutely gorgeous and the themes of this game are definitely interesting to say the least. Now that you know that Far Cry 5 is coming, what are your thoughts?