I’m back with the third part of my Exploring The Crew series. Last time, I had talked about some of the areas on the East Coast that had a lot of historical significance such as Newport, Stockbridge, and Allegheny Forest.

This time however, I make a trip back into New York City to see a large number of landmarks located there though I won’t get to all of them in this part. I will have to say that even though I had been to NYC before in The Crew, I hadn’t actually explored the entire city and there are a few areas that were completely new to me.

This is the most famous and well known area of New York City. It is the financial and entertainment hub of the Big Apple and perhaps the entire US as well as being one of the most densely populated areas in the country.

Some of the country’s tallest skyscrapers are located here such as the Chrysler Building, the Empire State Building, and the Freedom Tower just to name a few.

I actually went here my junior year in high school way back in the late 1990s and it was just an amazing place to be even back then.

When driving in this particular borough of NYC in the game, you’ll definitely get the feel of actually being there because of the many towers and layout of the area that resemble the real thing.

A lot of people are familiar with this particular area in New York. According to the short video from the landmark, it used to be a Dutch village, but was originally named after Haarlem in the Netherlands.

Today it is home to a very large African American community and represents many of the cultural areas of NYC that make the region famous. 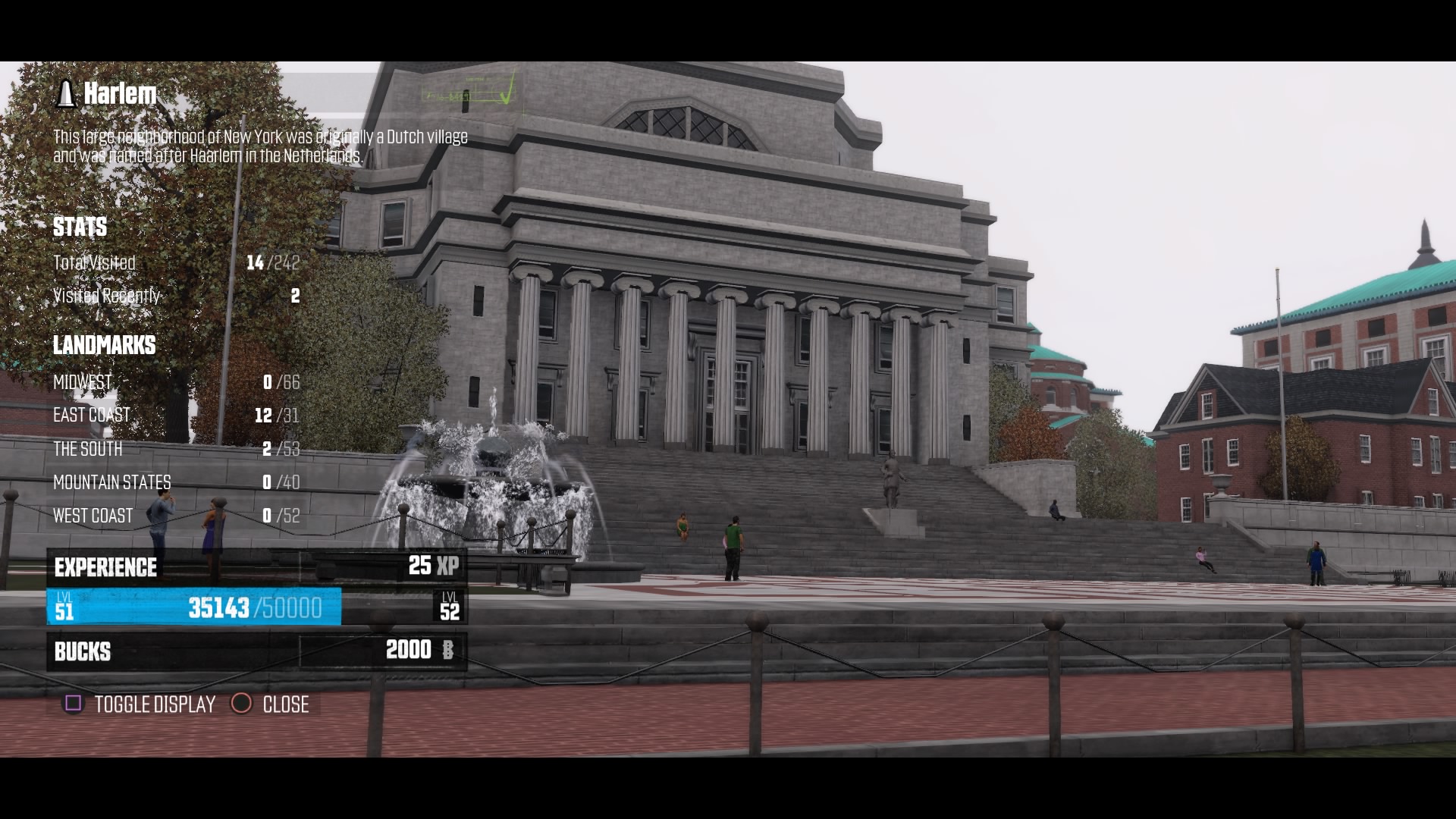 If anyone has Netflix and has watched some of Marvel’s comic book hero shows, then you’ll probably have heard of the show known as Luke Cage. The show is heavily featured in Harlem and you get to see a lot of the areas that it is known for.

When I was NYC, I did get to visit this area along with the many other parts of the city. I’m glad that the developers included this part of New York in the game.

This is another borough of the Big Apple which lies north of Queens. This particular area contains a lot of older urban high rise housing. The population of The Bronx is approximately 1.5 million and believe it or not it is the 3rd most densely populated area in the US.

Yankee Stadium is located here although in The Crew it is referred to as Center Stadium (the developers probably couldn’t get the rights to the actual name of the stadium). This borough also has a zoo known as The Bronx Zoo and houses the New York Botanical Garden.

There’s not much else to say about this particular area other then the fact that the earliest settlers here date back clear to the mid 1600s. There are also some famous celebrities from this area especially some that are in the music industry.

There’s really not much more to say about this particular area and it is a little surprising that the developers decided to put it as a landmark in the game.

Still though, it all adds up and it is just one more added to the list of landmarks I’ve been to so far on the East Coast.

This is probably the most well known as well as most visited city park in the United States. It has over 778 acres and became an urban park in the mid 1800s.

Numerous television shows and movies have filmed here and nearly 50 million people a year visit this park. It really is a beautiful area or oasis and in parts of it, you completely forget that you’re even in NYC. 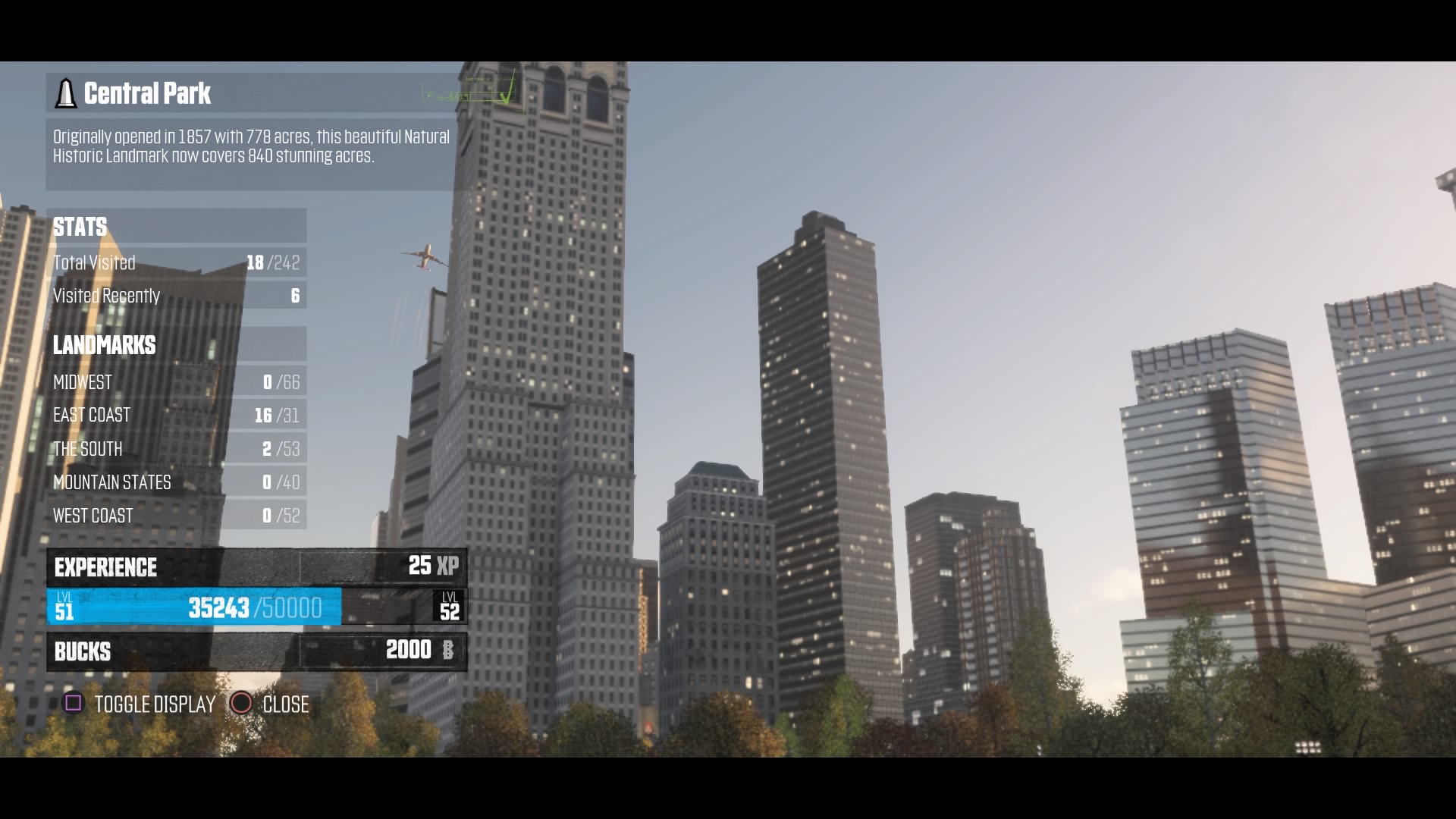 It has numerous walking paths, ponds, plazas, water fountains, and even a place to ice skate. It has gone through a lot of renovations over the years, but it still remains the go to park in the city.

The Crew does a really good job of recreating Central Park even though it is not to scale as the actual place. Still, I’m very happy it is included in the game and if I remember correctly, there a few races here that go through parts of the park.

This is an area of NYC in the game I had actually not been to before. I had heard of the island before, but never knew what was actually there.

Rikers Island in real life houses New York’s jail complexes. I had always wondered where they were located. It has been said that the city’s current mayor has announced his intention to close the jail complex on that island within 10 years if the crime rate continues to drop.

In the game, I was quite surprised to see numerous and large highway overpasses crisscrossing the entire island, with some of them really high and a lot of them going in many different directions. It kind of actually made it really cool to cross over on to Rikers Island and to the landmark just for this reason.

There’s still more landmarks in New York to see before I head out of the city and find other landmarks in the East Coast area. Hopefully you enjoyed Exploring The Crew Part 3.

I know I’ve talked about cities in The Crew in the past, but this time I’m actually taking the time to explore and find the landmarks that make them famous and as you saw earlier, I’ve even gone to other places in New York that I hadn’t been to before so it does make going back into the city worth it.

I will have more in this series so check back soon. I eagerly await the south once I finish up with finding all the landmarks in the east.

2 thoughts on “Exploring The Crew Part 3”