It is here folks, the long awaited game from Ubisoft, Watch Dogs! I know it has been awhile since I’ve posted anything, but believe me I have been busy playing this game. I’m not quite ready to post a full review yet, but I do have some first impressions of the game.

First and foremost I want to talk about the open world nature of the game which is Chicago. Of course it is not an exact replica of the 3rd most populous city in the US, but it is quite large and some of the buildings and landmarks are beautifully recreated. It does look pretty good on the PS4 and fairly close graphically to the PC version. One thing I find really neat is that there is an app on the in game smartphone that will tell you about the history of a specific landmark when you find a tourist spot. The game world does seem alive and lots of people roaming around and driving around the streets of Chicago. It does not seem as interactive as say GTA V, but for the purposes of this game it works.

Aside from the open world nature of the game, the one thing Ubisoft  has been actively touting about this game is the hacking abilities in the game which I have to say make the game interesting. They do come heavily into play in the missions of the game, but can be very useful as well when not doing a mission. For example you can hack into the traffic light system and change the lights causing car accidents which can be very helpful during police chases. There are times you can cause power outages, transformer explosions and more when you use your phone to hack into things.

As I mentioned earlier I will post a more thorough review of the game when I’ve had more time to complete all the missions, tryout the multiplayer and some of the other game modes. I’m sure many of you probably have the game already as well since it was released in late May. Do share you comments and experiences of the game. 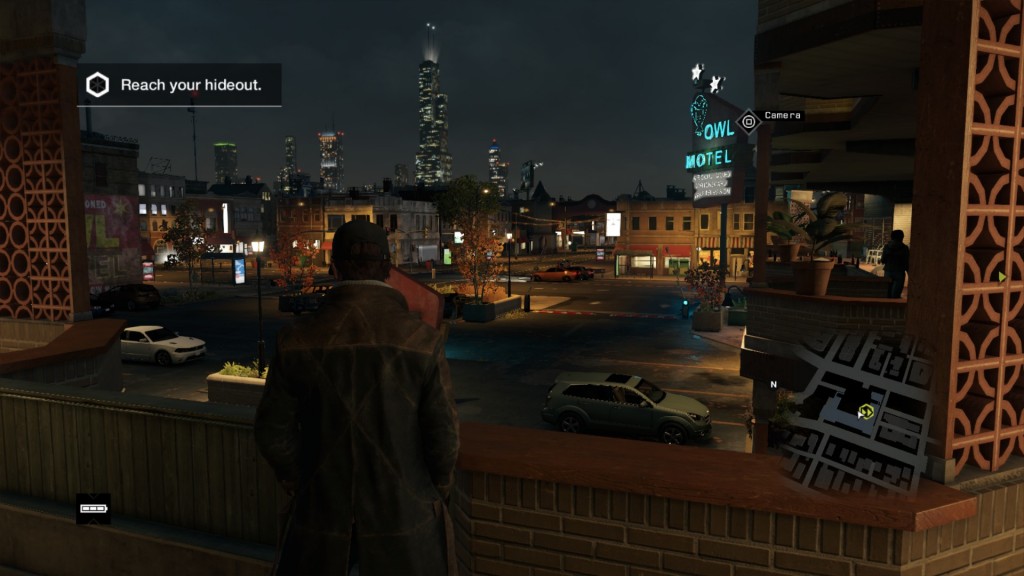