Well Tom Clancy’s Open Beta has arrived and I’m ready to give my first impressions of Wildlands. The open beta has been available since February 23rd and I’ve been playing it off and on.

The size of Wildland’s beta is around 24 gigabytes and so it did take me a little bit of time to download it, but it just took a couple of hours thanks to the speed of my internet. Once the game had installed, I was ready to start.

One of the first things I saw when I loaded up the game from my hard drive was a message saying that the game supports HDR and may cause the graphics or screen to look a bit different or odd so to speak.

Now my 4K Television does support HDR, however I think this was a message mainly for those who have the PS4 Pro since it supports 4K. I have the standard PS4 console right now, but the game still actually looks pretty good in 1080P.

Once that message disappears then you have to do some adjusting such as whether you can see a certain image or not and any possible screen adjustments that you might prefer. 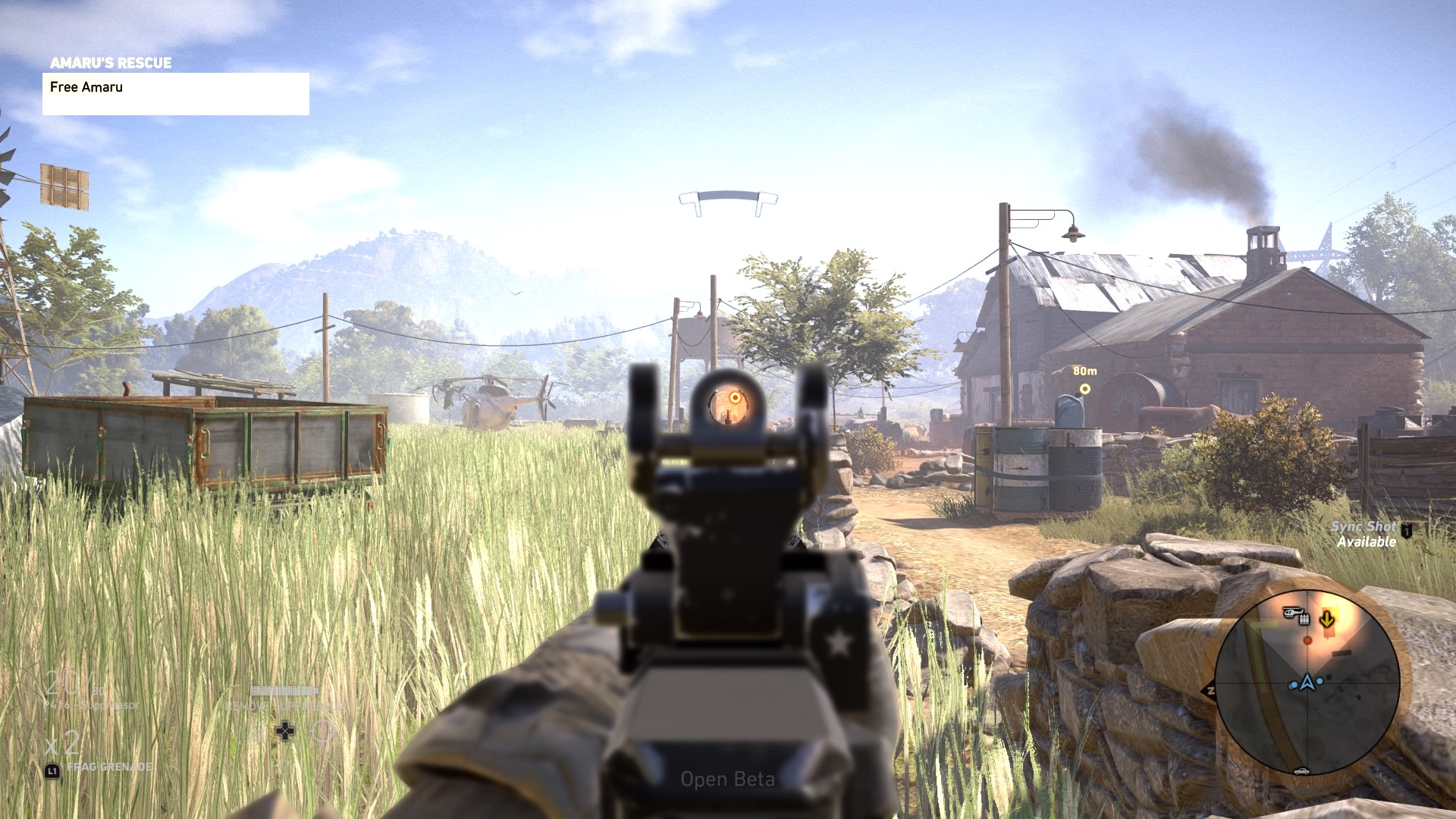 After all of that is done, then you get to customize the way you want your character to look. You get to choose whether to go with a male or female, the shape of your face along with other characteristics, whether you want tattoos or not, and then how you want your clothing to look.

Once I chose the look of my character, I was ready to start the game. You’re given an introduction about events that happen in the South American country of Bolivia. You find out what happens to a US embassy there and a US official who was there to monitor what was going on in the drug trade in that country.

Needless to say that things did not go well and the US is none to happy with what happened to its embassy as well as its high ranking official. Things also deteriorate quite rapidly in the country of Bolivia and a new government makes a deal with the main drug cartel operating there.

I’m part of a special operations unit that is sent there to go after this extremely dangerous cartel and systematically take them down. It certainly is not going to be easy especially since you only have a team of 4.

After that is over with, the game cuts to a scene of my character with 3 other members of my unit and the person overseeing the entire operation, in a helicopter. The helicopter is flying in rainy conditions to a specific drop off point which the mission overseer tells you what needs to happen upon your arrival.

Once the helicopter lands, I meet a person who is part of a larger group that is trying to resist the powerful drug cartel in this country. He’s very skeptical of there being only 4 people sent in to help take down the cartel, but the mission overseer is adamant that the 4 are among the best trained in special operations.

In order to see how good they are, he mentions that there is a lieutenant within the drug cartel who needs to be captured and interrogated in order to find out the whereabouts of an important person sympathetic to the cause of the rebels.

This is where the first mission officially begins. My group and I has to get into a vehicle and drive to the destination on the map. I end up choosing a pickup tuck and head down a dirt road to where I need to go. The draw distance is really good in this game and the terrain is definitely mountainous.

The vehicle handling isn’t too bad, but it is arcadey which is just fine as this game doesn’t need to deal with ultra-realistic driving physics. I’ve got to watch how I drive this vehicle as it looks like it is very easy to go off the side of a mountain and fall to my death.

There is other traffic from time to time and I even notice a nice looking super car that appears to be driven by a member of the drug cartel. I eventually make it to my destination and this is where the fun begins.

I have to quickly learn the controls so that I can shoot my weapon and duck for cover when I’m being shot at. Thankfully, the game has popups that tell you to push a specific button in order to learn which buttons do what.

You press R2 to aim, which takes you into first person mode (only for aiming and firing though) and you press L2 to fire. If I remember correctly, circle is what you press to take cover and X is what you push to climb over things.

Well I did get into my first firefight and I certainly need to get used to the controls. I did kill a few of the bad guys, but I took some serious hits as well. At one point I thought I died as my character took one too many hits and flew backwards onto the ground. I had a circular health bar that started to deteriorate, but if one of your teammates comes by in time, they can revive you.

Thankfully one of my computer controlled teammates came by and revived me and I was able to join the fight once more. I enter the building where the drug lieutenant is and grab him and manage to interrogate him on the location of the person I need to extract.

I head on to the next part of my mission where I need to rescue that guy, but I end up getting revived a few more times. This is also where I first learn how to fly a helicopter in the game and in my opinion it seems much harder to fly and control than in some other games.

I manage to safely rescue this person and fly back to where I need to be in order to complete the mission. That pretty much ends my first go round with the open beta of Wildlands. I only have a few more days to play it as the last day will be on February 27th. The release date for Ghost Recon Wildlands is on March 7th so that’s not too far away.

Has anyone else played the Tom Clancy’s open beta? If so, what are your thoughts on it? This is the very first time I’ve ever played a Tom Clancy Ghost Recon game and so it is taking some getting used to, but overall I like it so far. Check out the 10 minute video below of my first go round with it.

2 thoughts on “Tom Clancy’s Open Beta is Here! My Impressions of Wildlands”