As you can already tell, this site is generally about open world games and the ones coming to the new game system the, PS4. While the name of this site is called ps4 driving (referring to racing games) as that is the type of open world game I enjoy the most, there are other open world games in other game genres that are just as fun and exciting to play and we will be taking a look at those.

This is probably my most favorite game genre to play, especially when it comes to open world/free roaming games. Now not all racing games are open world. There’s definitely a very big chunk of them that are geared toward simulation racing meaning that these types of games focus on being as realistic as possible to actual car racing such as in major racing circuits where you race around a track.

There’s definitely nothing wrong with that type of racing game, but since it is geared more toward the realism of actually racing in a circuit or track, it can get repetitive and if you’re not used to that type of realistic driving, it can sometimes be difficult as well.

There are some good simulation racing games out there such as the well known Gran Turismo series exclusive to Sony’s Playstation or the Forza series on the Xbox. 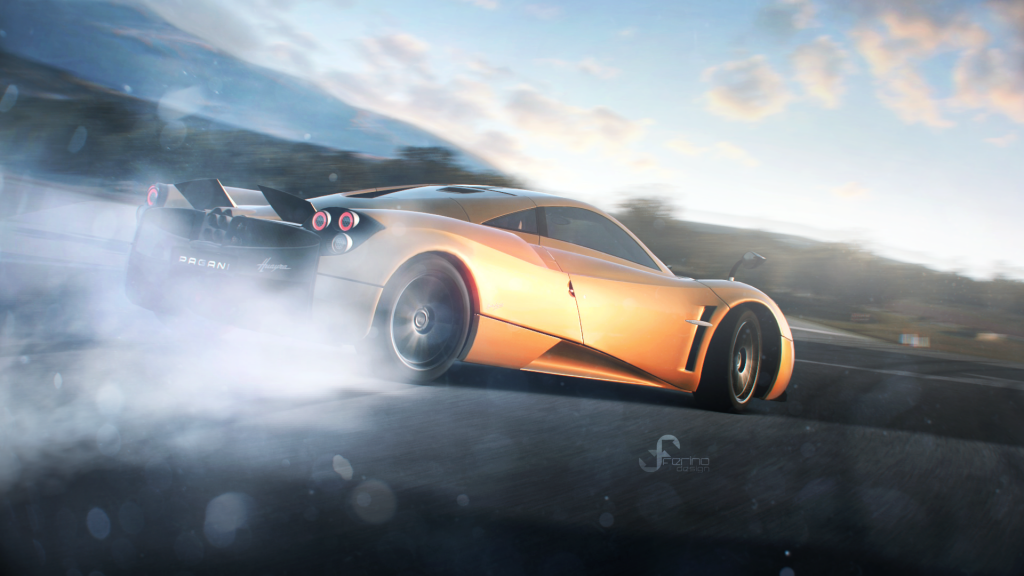 For those who are not into simulation racing with realistic driving mechanics, fear not. That’s where arcade racing games come in. What are arcade racers? An arcade racing game is simply a racing game that does not have driving mechanics that try to mimic those of real life car handling. An example would be like taking a Porsche and driving it at around 120 mph and power sliding around a tight corner while generally maintaining that speed instead of having to slow down a lot to take that corner.

An arcade racer is really much easier for anyone to just pick up and play and have a lot of fun with it instead of taking the time to get the driving mechanics down of each vehicle of a simulation racer.

There are definitely some good arcade racing and open world games out there such as the Need For Speed series, Burnout series, Test Drive Unlimited, and Midnight Club.

These types of open world games incorporate multiple types of gameplay instead of focusing on just one aspect. There usually is one character or sometimes multiple characters with a story and a large open world to play around in.

Usually there is a main storyline, but what makes the open world aspect of it unique is that you can do it at your leisure and just explore the open world and participate in other side missions that may be included in the game or you can do whatever else interests you. Most of these types of games generally have you doing criminal elements as you usually can steal vehicles from the pedestrians in the game.

Missions from the main story can be varied as they may involve you traveling to one area of the map, carry out a specific task such as robbing something, killing someone,  or even just listening into a specific conversation that will come into play later on the game.

As was mentioned above, there are many gameplay aspects to these types of games. You can drive most any vehicle in the game, go into buildings, get into races (if it is in the game), do side missions which can range from things such as giving pedestrians taxi cab rides, help NPCs (Non-playable character) when they get into trouble, hunting and whatever other activities may be included in the game.

These types of games tend to be a bit different than the other types of open world games mentioned above. For one, these are far more story/quest driven. There tends to be a main story or quest in these types of games, but there also LOTS of other quests, side missions and more that when all combined, can take lots of hours to complete.

Another aspect of role playing games is that you can create your character, but also when first starting out, your character tends to be quite weak. What you then do in this type of game is to do what is called leveling up your character to make them stronger.

You can focus on which aspects of your character to level up more than others such as weapon abilities, or more physical stamina.  In order to level up you usually have to repeatedly use the abilities you want to increase in the most, very often. Say in the game you want to really become a character good at using arrows. You just have to use them a lot to level up.

These types of games are generally fantasy type of games and not usually based in modern times. As game systems have become more powerful, role playing games have really become more free roaming or open world. A very good series for rpgs that comes to mind is the Elder Scroll series. Elder Scrolls has really been an open world series since its first iteration a couple of decades ago. In the last generation of game systems, Elder Scrolls V: Skyrim was released and featured a very large open map in the fictional world of Tamriel. Skyrim is a province of Tamriel and is a more mountainous region.

Skyrim features dragons as part of it quest lines and your character is basically the only one that can defeat them because of his/her birthright. A great thing about the Elder Scroll series is that the open worlds tend to be big with a major emphasis on exploration. You can find many dungeons, caves, castles, forts and more to explore with most sporting great treasure and weapons should you survive the perils they have when exploring them. The way to travel around the open world is by horse, but usually you can fast travel to other areas once you’ve explored them or been to that area before.

With the PS4 and other games systems having been recently released and are more powerful than the last generation of game consoles, the number of open world games are going to increase and be larger in size. Already there have been some released with more coming this year alone.

Some of the game series mentioned above will definitely continue on the PS4 with some already being released for the game system. Games such as Need For Speed Rivals and a new iteration of Elder Scrolls (though this can only be played online) have made their way to the PlayStation 4. Another PS4 open world game is Infamous Second Son that has recently been released and is a gorgeous looking game and lots of fun to play.

Other promising PS4 open world games coming out this year is Watch Dogs and the open world racer, The Crew which promises to have possibly the largest free roaming map of any racing game to date.

The future looks very bright for open world games and the PS4 is poised to have plenty of them in the future as this new generation is just getting started. Stay tuned!